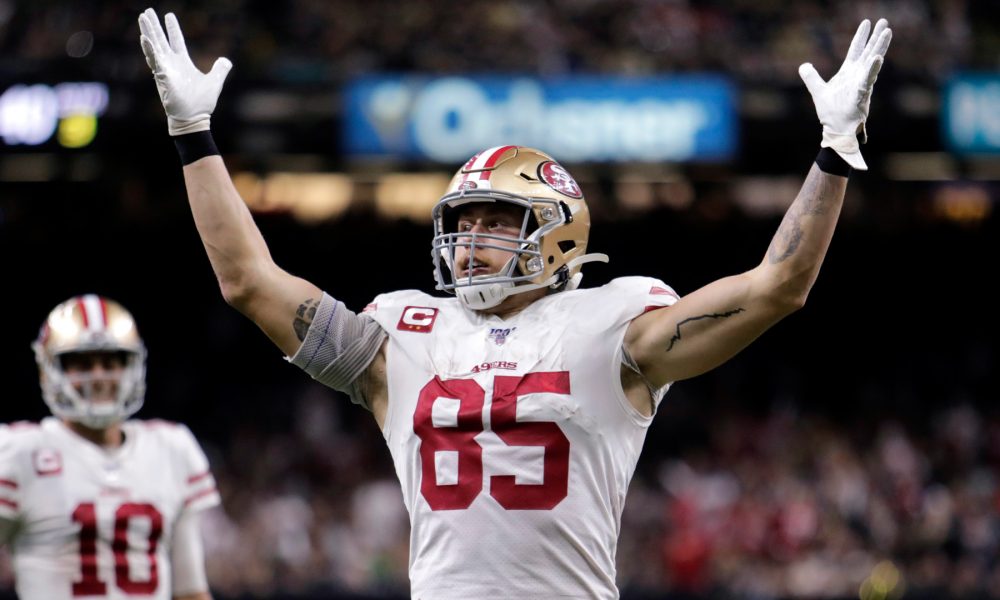 The San Francisco 49ers are one of the most talented teams in the NFL today. It has promising young players on both sides of the football. There is plenty of talent in San Francisco with contract situations that need to be sorted in the near future. Although, George Kittle is priority No. 1 for the 49ers as the 2020 NFL season draws near.

Kittle’s contract is a hot topic of discussion in San Francisco. As a result, a rumor surfaced recently that a deal between the superstar tight end and the 49ers was already a done deal. Apparently, Kittle wasn’t too happy about the report and denied the claim in his own way through his Twitter account.

Y’all believe everything you read on the internet huh 😑 https://t.co/2TcAdjKjN5

Kittle denies that an agreement on a new contract extension with the 49ers is not done at the moment. However, that could change rather quickly with the team wanting to secure his long-term future with the team. He’s arguably one of the top two or three tight ends in the league if not the best player at his position in the NFL.

Last season, Kittle was named an All-Pro for the first time in his career as he caught 85 passes for 1,053 receiving yards and five touchdowns.

Ironically enough, he had a slightly better season the previous year with 300-plus more receiving yards and three more receptions. He earned his first of two Pro Bowl selections while becoming one of the elite players in the league at the tight end position.