Damien Williams Opts Out As Covid Continues to Ravage NFL 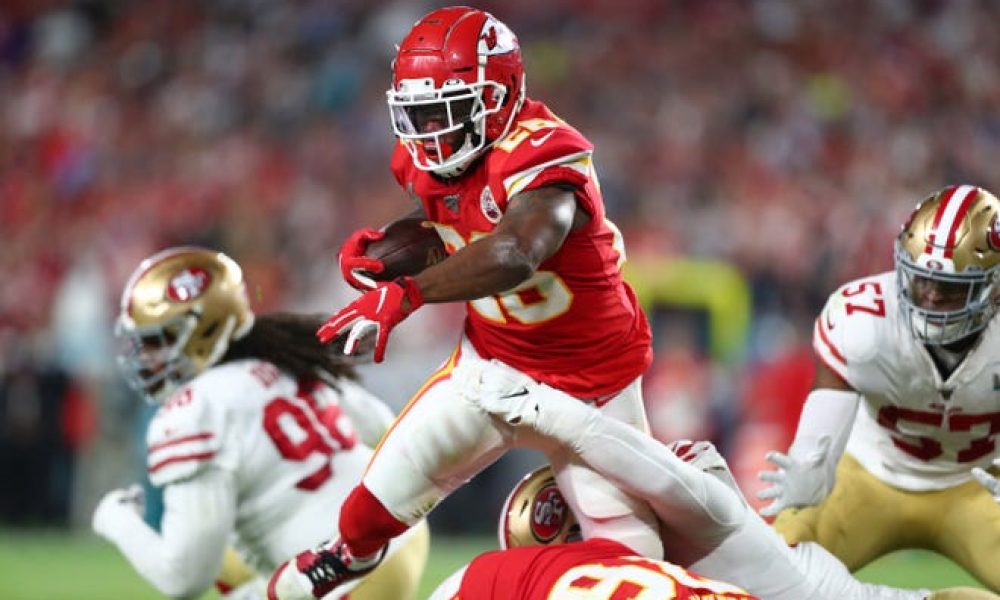 Running back Damien Williams has opted out of the 2020 NFL season due to concerns over the Covid-19 pandemic.

He is the second Chiefs player to do so recently, following offensive guard/doctor Laurent Duvernay-Tardif.

Much of the chatter around Kansas’ offseason was about how they retained the roster that won them the Super Bowl. Now, one of the heroes of that triumph in Damien Williams will not be there.

Damien Williams pushed Patrick Mahomes all the way for the Super Bowl MVP award with an outstanding performance. He rushed for 38 yards (104 total in the game) in the match-winning touchdown against the San Francisco 49ers.

As well as that, Williams had 711 yards and 7 touchdowns in last year’s regular season. His 498 rushing yards were a career high. He will as a result be sorely missed by the Chiefs, general manager Brett Veach said in a statement.

“As an organization, we certainly understand and respect Damien’s choice, knowing it was made in the best interest of his family,” Veach said.

“He means a lot to our football team as a player and a person, and we’re going to miss having him around this season.”

The 28-year-old’s spot in the roster will be covered by Darrell Williams, Darwin Thompson and first-round pick Clyde Edwards-Helaire.

Read: 5 NFL Receivers Likeliest To Lead in Yardage This Season

This is far from the last time that the coronavirus will chip away at the 2020 season, according to Saints coach Sean Payton.

“I won’t be surprised if some games are forfeit … or not forfeited,” Payton said.

“There’ll be some suspended games, though. There’ll be some teams that have players at one position group where they just won’t be able to play the game and that’s part of the deal. I think the league understands that.”