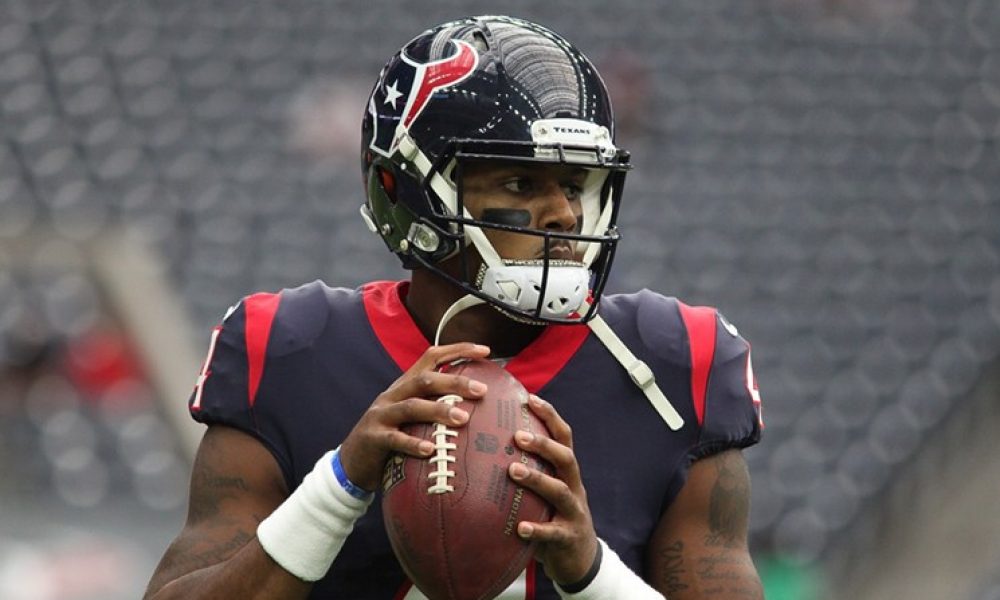 During a pre-trial deposition last week, Deshaun Watson admitted that one massage therapist did cry after their session. However he said he did not know why, according to USA Today.

He left and later sent her an apology text after the session, which read, “Sorry about you feeling uncomfortable. Never were the intentions. Lmk if you want to work in the future. My apologies.”

The Browns quarterback is facing 22 civil lawsuits filed by massage therapists, each detailing graphic accounts of sexual harassment and sexual assault that occurred during massage therapy sessions. The accounts range from Watson allegedly refusing to cover his genitals to the quarterback “touching [a plaintiff] with his penis and trying to force her to perform oral sex on him.”

Per a partial transcript obtained by USA Today, the woman’s attorney, Tony Buzbee, asked Watson, “But you know why you sent that text apology afterwards?”

“Yes, because she was teary-eyed,” the quarterback replied. “And I was trying to figure out what was going on. So, I assumed that she was uncomfortable in whatever reason. And we talked about working in the future. And so, I said, ‘We can work in the future. Just let me know.’ And then I sent my apologies as whatever reason she was teary-eyed for.”

According to USA Today, last week’s deposition was concerning Ashley Solis’s case, who was the first woman to file a lawsuit against Watson last year. She did not reply to Watson’s message, per her filing.

A trial reportedly will not occur until after February, but the quarterback does have other pretrial depositions scheduled for next month, per USA Today.

Watson denied assaulting, harassing or disrespecting any woman during his introductory press conference with the Browns.

He could still face discipline for violating the NFL’s personal conduct policy. According to multiple reports, league officials will meet with the quarterback this week.