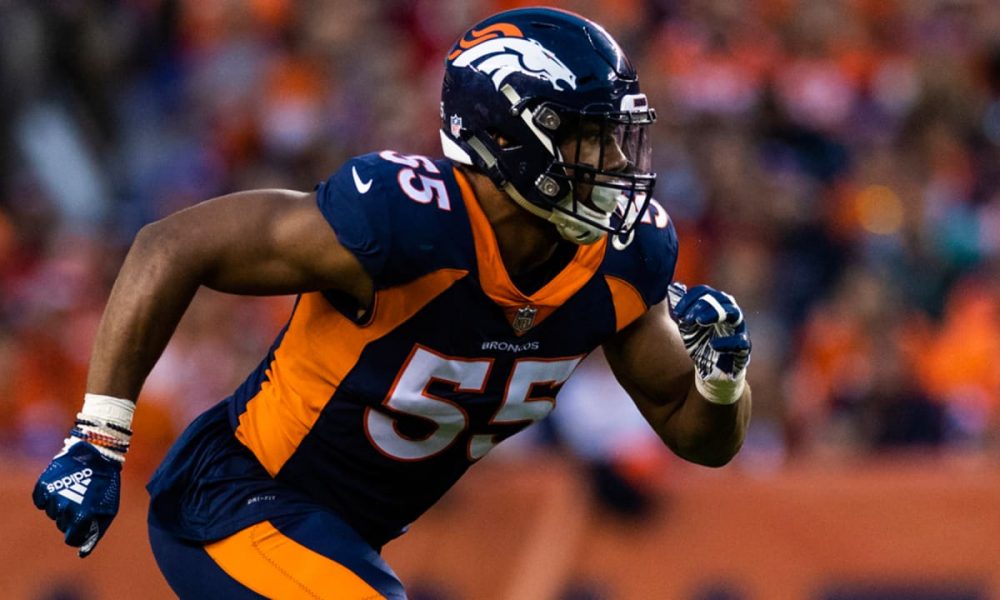 The Denver Broncos haven’t made the postseason since 2015, but linebacker Bradley Chubb thinks that’s about to change.

The reason? Russell Wilson. The Super Bowl champion and nine-time Pro Bowler has a transformative effect on the Broncos team.

Denver has been close for a while but never had a suitable quarterback. Now with Wilson and new head coach Nathaniel Hackett, Bradley Chubb says they can ‘finally’ compete with the best.

“Coach Hackett comes into the meetings with energy, with juice.” Bradley Chubb said.

“And with Russ — the complete guy he is, the complete player he is — you see it every day he comes into the building. He’s a perfect example of what you should be doing. It’s been fun to have those two guys come in and change everything and, hopefully, it finally gets us over the hump that we have been unable to get over the last few years.”

It’s all set up for Chubb, whose career has been hampered by injury, to find some consistency. As a rookie in 2018 he had 12 sacks, 2 forced fumbles and 60 combined tackles. However due to an injury in 2019, they are still career highs.

He went to the Pro Bowl in 2020 but was again sidelined for 2021. Entering a contract year, the linebacker is confident his physical issues are behind him.

Read: Lane Johnson – ‘Focus Is The Name Of The Game’

“It was one of those things that you go through so much, you know what I mean? The dam has to break at some point. I feel like things have been building up and building up and it’s finally time to let it all out.

“We have a chance to be special with the guys we have coming back,” Chubb said. “And the new guys we added.”