Is It Really Now Or Never For The Steelers? 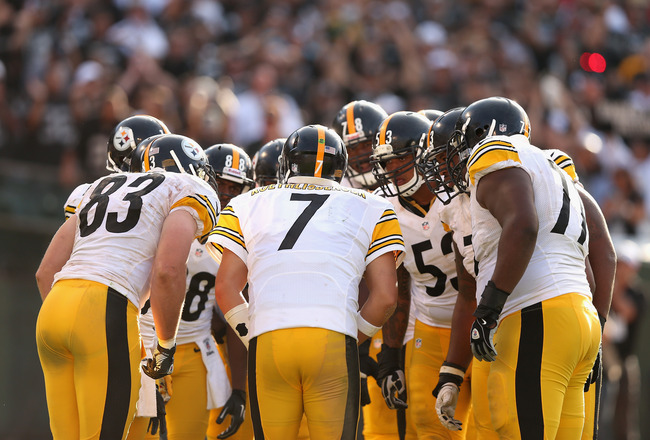 If you listen to the sports pundits and talking heads, it is now or never for the Pittsburgh Steelers.  But is it really a must win in week 5 for the Steelers or is this just over-hype for their game against the Philadelphia Eagles.

Things do indeed look grim for the Steelers.  They are currently 1-3 and in third place in their division with both the Cincinnati Bengals and Baltimore Ravens tied for first at 3-1.

Week 5 does also seem important.  The sportsbook over at betonline.com has both the Bengals and the Ravens as the favorites to win each of their respective games.  The Bengals will take on the Miami Dolphins while the Ravens will go up against the Kansas City Chiefs.  Both the Dolphins and the Chiefs are 1-3 and have been playing some questionable football to say the least.

In other words, it is very likely that either the Bengals or the Ravens if not both will move to 4-1.  The hypotheses is that if this happens the Steelers have to beat the Eagles otherwise dropping to 1-4 which is a deficit they will not be able to recover from.

But here is the deal, the previously mentioned sportsbook over at betonline.com has the Steelers as the favorites to beat the Eagles as well.

Also, the only real problem with the Steelers is their terrible offensive line.  If they can get that in check they will be contender again.

You see the Steelers are 31st in rushing in the NFL.  They are seventh in passing.  One would assume that this would be a running back problem not an o-line problem, but what everyone is forgetting is that Ben Roethlisberger is Ben freaking Roethlisberger.  He can rollout of the pocket and avoid a pass rush like no other quarterback in the NFL.

A running back, on the other hand, needs the o-line to make holes and block tackles.  The Steelers o-line just is not getting that done.

If the Steelers do lose to the Eagles, if the Eagles are able to pull out another last minuet one or two point victory like they have done in previous games, then is is not the end of the world for the Steelers.

We are only a quarter of a way through the season.  They will have time to play catch up, there is no reason to count them out so early.  Especially with Troy Polamalu  looking for a likely return either this game or the next.

Simmer down football fans.  The season is just getting started.