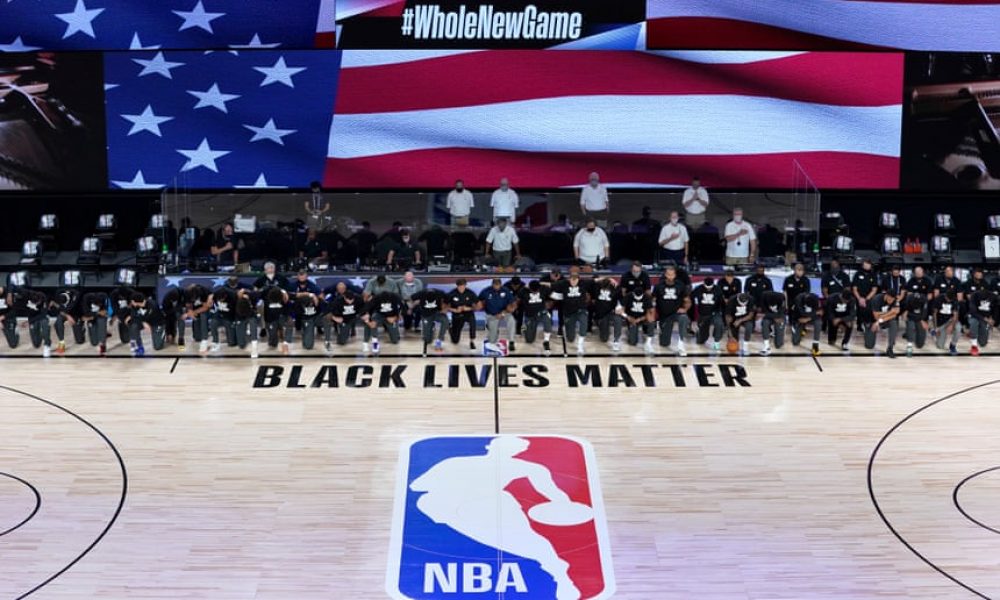 The NBA made a powerful statement Thursday as players and coaches knelt to protest racial injustice during the national anthem.

While the season was suspended, many players spoke about the need to continue protesting and promoting equality. They wasted no time, drawing attention to the Black Lives Matter movement in the first game of the restart. Players and coached, even the referees, knelt in solidarity.

However, the league is preparing to waive a 40 year old rule that requires players to stand during the national anthem.

Commissioner Adam Silver, who hadn’t quarantined, watched the games from an enclosed suite.

“I respect our teams’ unified act of peaceful protest for social justice and under these unique circumstances will not enforce our long-standing rule requiring standing during the playing of our national anthem,” said Silver.

The noise coming from players and coaches suggests that this won’t be a movement that fizzles out, as it did in the NFL. Utah Jazz coach Quin Snyder said that the league as a whole is united in this common purpose.

“I think it’s critical that all of us, in a unified way, turn attention to social justice,” Snyder said.

“And all the players, all the coaches, are united in that fact and committed to do what we can do to effect long-term change.”

“If you talk to some of the younger generation, I think this is here to stay. I really do,” Pelicans coach Alvin Gentry said.

“I have a 20-year-old son and a 22-year-old son, and I know that they feel like this is the most opportune time for us to try to have change in this country.”