Patriots Claim They Are Not Underestimating Jacksonville’s Blake Bortles 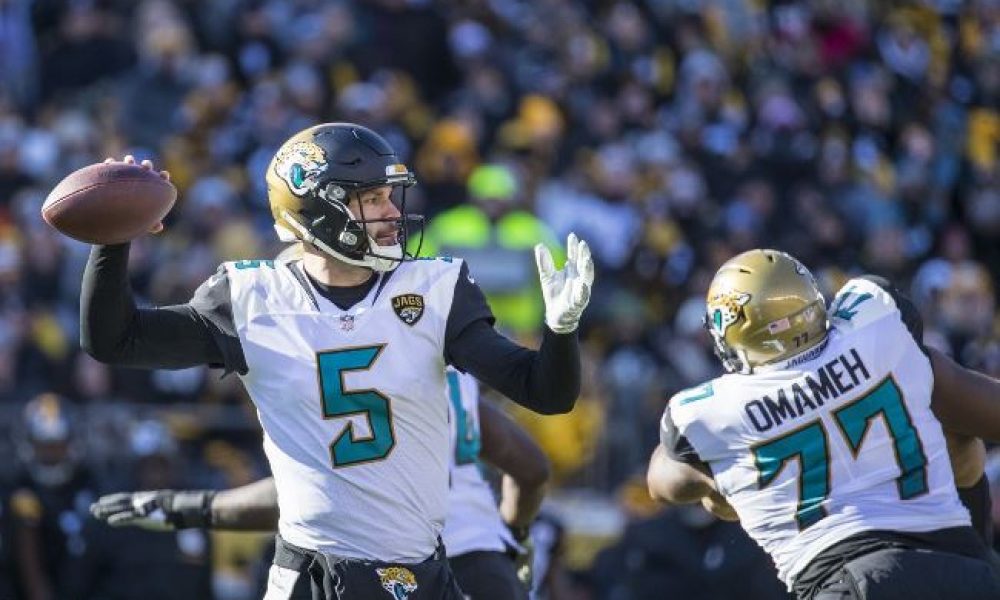 Jacksonville Jaguars quarterback Blake Bortles has been called trash and a choke artist this season by NFL opponents. However, one veteran defensive player for the New England Patriots described Bortles differently. He called the Jaguars signal caller a “winner.”

Patriots’ safety Devin McCourty said he thought it was crazy when referring to the recent negative comments about Jacksonville’s quarterback.

McCourty said Bortles is still playing. While all the players who spoke negatively about him are no longer playing this season and likely wished they were in his shoes preparing for an AFC championship game.

McCourty said he saw a few interviews. It appears Blake Bortles has a great attitude by joking and laughing about it. He called Bortles a winner on the field.

At least three and possibly more opponents have insulted Bortles, which in the tightly-knit NFL fraternity, is highly unusual.

On Sunday, New England will play against the maligned signal caller of the Jaguars for the AFC Championship and have vowed not to underestimate their opponent.

Eric Rowe a defensive back for the Patriots said you cannot be trash and be playing for the conference title. McCourty praised the ability of Bortles to make clutch plays during the first two wins of the postseason for Jacksonville.

Bortles did not play well in Jacksonville’s win during wildcard weekend over Buffalo. He gained more yards on the ground 88, than through the air 87. Last week, in the Jaguars upset of Pittsburgh, Bortles completed some clutch passes ending the game with 214 yards passing and one touchdown.

On Wednesday, Bortles  said he did not care that much about what has been said outside his team’s locker room. He added that what he cares about is inside our locker room, as those opinions are the ones he cares most about.

Bortles will have another opportunity to quiet critics on Sunday, but regardless of the outcome, he has helped bring the Jaguars to a point that only three other NFL teams have reached this season.