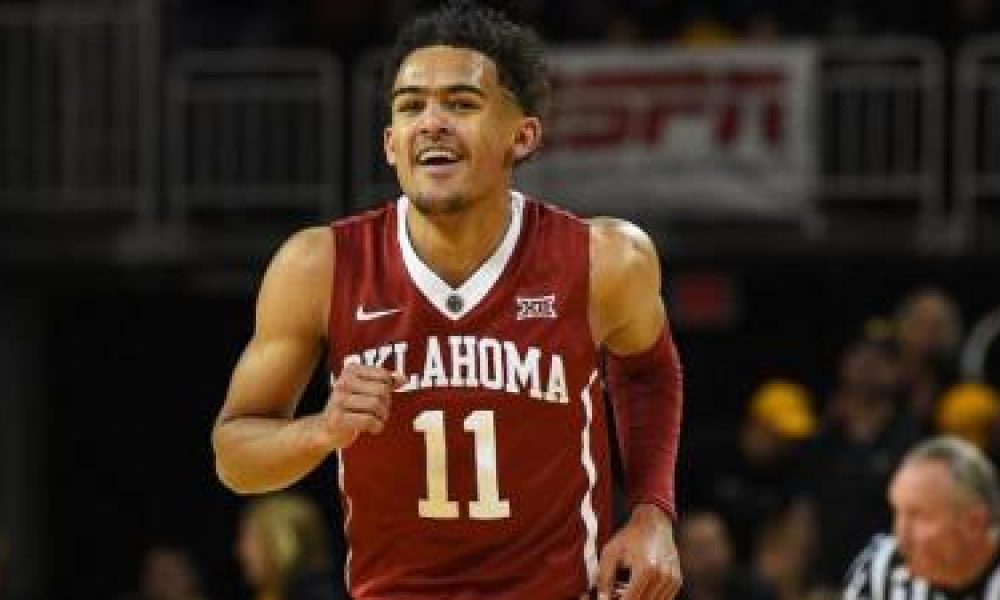 Oklahoma Sooners star Trae Young will declare his eligibility for the NBA draft in June, he told EPSN this week.

The 6-foot-2 freshman guard made a brief appearance in this years’ NCAA March Madness Tournament. His Oklahoma Sooners team lost to Rhode Island 83 – 78 in overtime in the first round. Trae Young finished that game with 28 points and 7 assists.

He is being talked about as a potential lottery pick in spite of finishing the season inconsistently. Trae Young averaged 27.4 points and 8.8 assists per game for Oklahoma in Division I last season. He is the first player in that division to lead the country in both points and assists.

“I’ve been preparing most of my life to join the NBA” Young said, “and that time has come for me now. After an unforgettable year at the University of Oklahoma, I will enter the June NBA draft, and fully immerse myself in the pursuit of a pro basketball career.”

In spite of his optimism for an NBA future, the Sooners’ failure in the NCAA Tournament bothers him:

“I will regret that I didn’t help the Sooners win a national championship. I have always wanted to honor the legacies of Wayman Tisdale, Blake Griffin and Buddy Hield, OU legends who led the program to Elite Eights and Final Fours. What I wanted was to take the Sooners the distance — all the way to a national championship. When I chose OU, I imagined I’d have more than one chance at the NCAA tournament, but things changed and this season became my only opportunity.

“I know there will be doubts again as I prepare for the draft. I don’t pretend to be ready to play in the NBA today, but I am determined to do what I’ve always done: invest in the work to prepare for the league and the incredible challenges it presents,” he said. “I’m going to start training immediately for the draft, building up strength throughout my body, sharpening my skills and studying the best of the best.

“Within me, there is still so much of that little boy waiting outside of the Thunder’s downtown Oklahoma City arena, waiting for the doors to swing open and reveal a star player on the court, preparing for greatness. Those nights made me fall in love with the process of fulfilling my potential as a player, and that becomes my full-time occupation now. Goodbye OU, and hello NBA. As always, I am ready to get to work.”