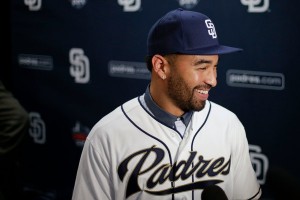 Last year in the first half, he was in the midst of a career renaissance. This year, he’s been released by a last-place team while sitting on the injured list.

What a difference a year makes when it comes to Matt Kemp.

The Reds made the official announcement Saturday afternoon:

The #Reds have released OF Matt Kemp.

Though Kemp has been pretty bad since that stretch, especially so in 2019, the decision to cut him couldn’t have come easily for the Reds, given his salary.

Kemp is making $21.75 million this season. The Dodgers are picking up $3.5 million with the Padres getting $2.5 million. The Reds are on the hook for the rest.

Kemp is now free to sign with another team. And, if that happens, he’ll be getting paid by four different teams.