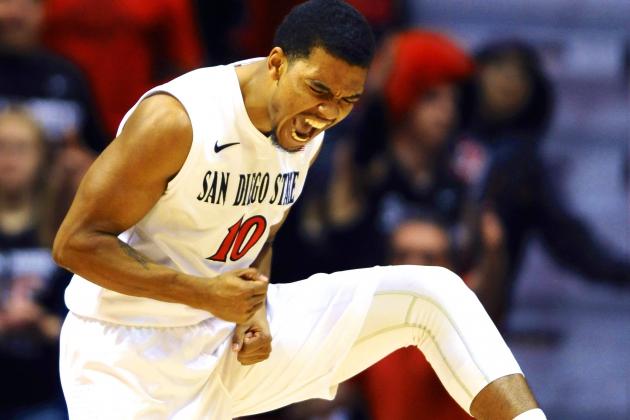 If any team in the Mountain West could topple San Diego State from their undefeated winning streak and add a second mark to the loss column in their record it may be Boise State.

Boise State stats are pretty much on par with San Diego.  They even score more points per game than the Aztecs. However, San Diego knows how to rebound as they are 16th in the league, a ranking that Boise State comes no where near touching.

San Diego state will reach another milestone this season if they make it past the Broncos. With the win, they will have their ninth straight season where they won twenty games or more. It will be their tenth over-20-wins season since coach Steve Fisher took over.

The Aztecs will likely win more than twenty games unless something catastrophic happens to the team.  The team is shooting to win 30, which will only be the second time the Broncos have done that in the school’s history.

The Broncos are not just going to lay down for San Diego, though. In fact, last year when the Aztecs visited Boise State, the Broncos came away with the victory.

San Diego will also have to focus for this division rivalry game.  It is not every day that a Mountain West team cracks the top five teams in the nation AP poll. Along with their success has come criticism and skepticism from the sports world, questioning whether or not they are the real deal.

Most of the questions come from something I briefly touched on earlier, Boise State has a better points-per-game stat than San Diego.  In fact, none of San Deigo’s offensive stats are that impressive, it is on the other side of the ball where they get the job done.

However, this point has led many to question the validity of putting the Aztecs among the best teams in the nation. It is a cloud that is undoubtedly hanging over the team’s head and one that is hard to ignore. In order to get the job done against Boise State, they will need to be clear headed and focused on the game tonight.

Looking around at the sports books on line you may find something suppressing when you got to bet; San Diego State is the underdog in this away match up. On all of the bookmakers we track they are -2 point underdogs in this contest. The game starts at 9:15 p.m. ET and you can watch the game on CBC.