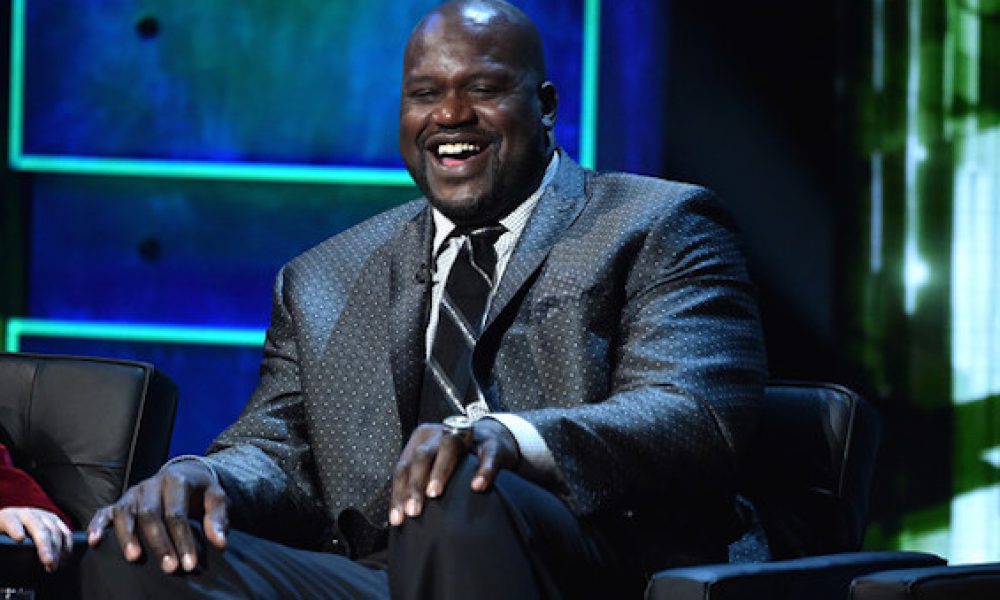 This week the legendarily amazing Shaquille O’Neal did what he always does on the set of TNT’s Inside the NBA, stunned American with a Hall of Fame performance.

Speaking of which, did you know Shaq isn’t in the NBA Hall of Fame? That’s so egregious I’m about to sue the league for criminal negligence. But that’s another issue.

During halftime of the Game 2 of the Rockets-Clippers series on Wednesday, Big Aristotle took a big ass tumble as he futilely attempted to get up from his chair and go God knows where. Hopefully it was nowhere important, because dude did not make it there.

The furthest he got was the floor, when O’Neal tumbled off the stage like a mighty redwood in the forest, crashing to the studio floor with impressive force. For a smaller man, the fall would’ve barely registered, but Shaq Daddy’s landing likely registered on the Richter scale.

And for a lesser man, busting ass like that on national television might have been a major source of embarrassment, but it takes more than that to do in Shaqovic. Instead of running from his supposed snafu, Shaq Fu ran straight at it, embracing the incident with open arms.

Unlike his social media-phobic cohort Charles Barkley, O’Neal has embraced the digital age and its many wonders. This time it was by having a laugh at his own expense and paying our $500 to whoever sends him the best meme of his fall.

Whoever makes me the best meme of me bustin my ass (like this one) wins $500 cash. Go. #shaqtinafall pic.twitter.com/3skU2UUUWj

And with that, the games began! Let’s take a look at the best of #shaqtinafall:

Props to the Puerto Rico Tourism Board for seizing an opportunity.

This is an oldie but goodie—somehow the Simba thing always works.

Takes a lot of little men to hold the big man down.

Awwww. Shaq and an oddly angry cartoon pony. I smell a movie franchise!

Superman related, this has to be Shaq’s favorite. Though the Sacramento Queens (his words, not mine) have to be disqualified due to his ownership stake.

Fantastic idea, lost a little in the execution. Better Photoshop skills would’ve really put this one over the edge.

Apparently this won. Meh. Shaq’s actual fall was a lot funnier than this meme.

Let’s take a look at a few more gems: