What Does Scott’s Arrival Mean for Lakers? 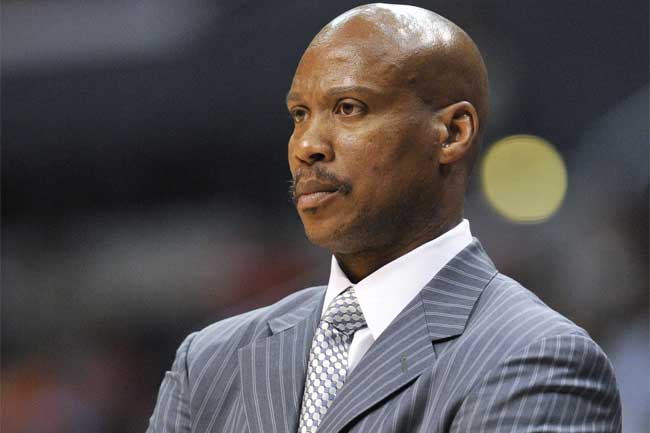 The Los Angeles Lakers announced Saturday that the club had ended its search for a new head coach, with former Laker Byron Scott agreeing to take on the unenviable task of breathing new life into one of the NBA’s marquee franchises.

The deal is thought to be in the range of $17 million over a four-year contract with the team owning the option on the fourth year, according to ESPN Los Angeles.

While the move closes the door on one area of uncertainty for the organization, there’s still plenty of uncertainty still floating around the corridors at Staples Center, most notably what the signing actually means for the Lakers going forward.

Scott, who played 11 seasons for the Lakers across two stints between 1983 and 1997, returns to the club following a season serving as an analyst for the Lakers’ TV network. Prior to that he had coached the Cleveland Cavaliers for three seasons; beginning at a time when LeBron James headed for South Beach.

Scott will be charged with helping the Lakers rebound from their worst season in more than 50 years.

Injuries played a major part in derailing the side last year, as did the fateful decision to hire Mike D’Antoni in 2012. D’Antoni’s system never really fit the personnel he had, until the Lakers were knee deep in injuries that is.

Now the Lakers are looking to become relevant again, something that won’t be easy in the talent-stacked Western Conference.

But what degree of success is Scott expected to achieve?

The decision to employ Scott, who won three championships (1985, 1987, 1988) while playing with the ‘Showtime’ Lakers, isn’t quite enough to fully reveal the Buss family’s current hand.

On the one hand, Scott has had proven success as a head coach. During his first head coaching tenure, he turned around the then-New Jersey Nets, taking the side from the league’s cellar to two NBA Finals appearances.

In his second assignment, he took the then-New Orleans Hornets from the gutter and turned the club into a playoff side, navigating the tricky post-Hurricane Katrina period nonetheless.

Only his stint in Cleveland, when that franchise faced the loss of a bona fide megastar throws any negativity on his head coaching career.

So Scott has the ability to help the Lakers rebuild, if that’s the direction the front office has planned. 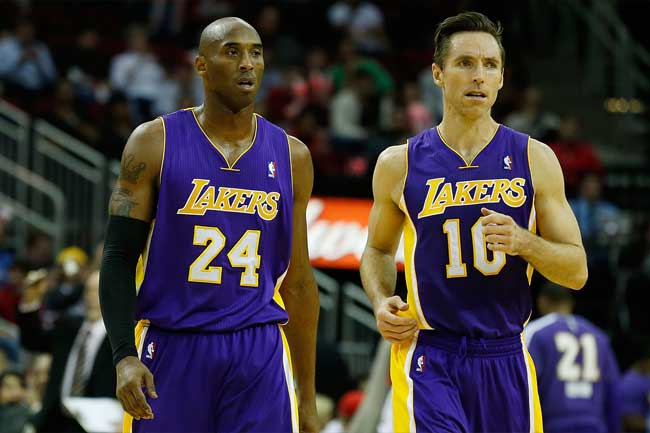 Kobe Bryant and Steve Nash will want to go out on a high but the Lakers look unlikely to contend.

On the other hand, by opting for a ‘safe’ choice and not going for a higher profile candidate (George Karl, for example), some suspect the organization is simply biding time until Kobe Bryant’s gargantuan contract is off the books in the summer of 2016.

After striking out in its bid to lure an A-list free agent this summer, the organization may be content to bob along, simply keeping its head above water until the next batch of superstar free agents hits the market.

For this, a steady head and hand is required. As Bill Plaschke noted in his column for the Los Angeles Times this week, Scott is the perfect choice to weather the storm currently blowing a gale in the City of Angels.

A third scenario exists in which the Lakers tank the 2014-15 season and look to improve via the draft next summer. This scenario doesn’t seem to hold water though.

Firstly, unless the club scores a top five pick, the Lakers will send their first round selection to the Phoenix Suns next summer. Despite their woes, the Lakers aren’t one of the five worst teams in the league, so the likelihood of earning a top five pick is slim. You just need to look at this year’s draft to see that.

Secondly, the moves Mitch Kupchak and Co. have made this offseason don’t cry out tanking. Signing Carlos Boozer, Jeremy Lin and Ed Davis was a positive move, and one that suggests a team that still wants to compete, even if it is somewhat limited.

Thirdly, the Lakers’ organization is built on pride and success. It’s also built on a belief that the franchise is, and always will be, a contender. Unless the Buss family has undergone a collective lobotomy, it’s hard to see them throwing away a season (even if it is the best option).

While a postseason trip may be improbable, it’s not impossible. This side could squeak in as the No. 7 or No. 8 side. If the Western Conference becomes an injury-plagued battlefield, and who’s to say it won’t be, that berth could climb to as high as five or six.

But, contending is unlikely, especially with the roster the Lakers have. 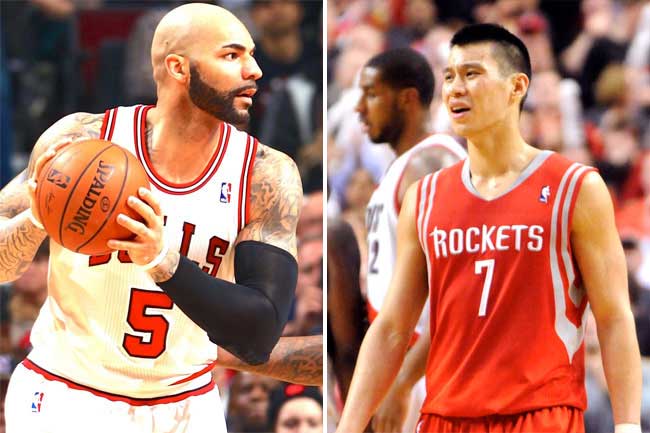 Carlos Boozer and Jeremy Lin are new additions to the side.

Here’s what Scott currently has to work with.

The Lakers will still need to add between one and three players before the season commences in October. Second round pick Jordan Clarkson, a point guard out of Mizzou, is likely to be added at the 13th player shortly.

So, where the Lakers go from here remains to be seen.

Can Scott turn this side into a challenger, or was he merely brought in to help the franchise navigate perhaps the roughest waters it has ever faced? Will the front office give him years to work with, or will he quickly follow D’Antoni and Mike Brown out of Staples Center? Will the Lakers bounce back or do deeper-rooted struggles lie ahead?

The Los Angeles Lakers are currently considered 50/1 to win the 2015 NBA Championship according to online sportsbook Bovada.

Check out the latest NBA futures