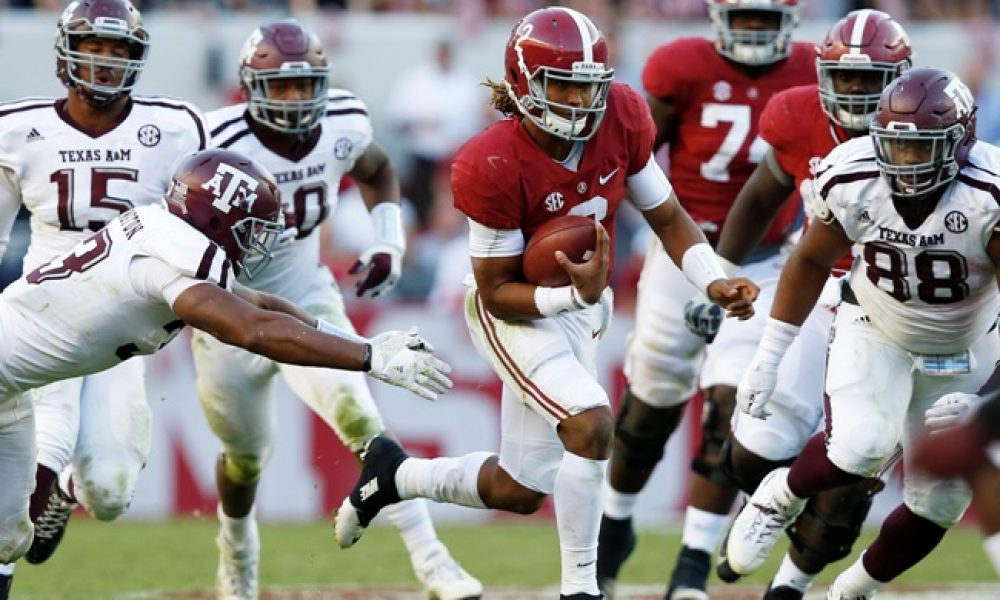 Week 13 rivalries continue on Saturday when the No. 13 ranked Auburn Tigers visit the No. 1 ranked Alabama Crimson Tide in the Iron Bowl. The current line has Alabama favored by 17 points with the over/under point total sitting on 47.

A win by Alabama ends another regular season undefeated and moves the team closer to taking the No. 1 position for the College Football Playoff final rankings. Alabama has dominated its opponents all season. Auburn might have Kamryn Pettway its leading rusher back for the game.

While Pettway appears ready to play, Sean White the Auburn sophomore quarterback is doubtful which means Jeremy Johnson would have to take his place. Regardless of who plays quarterback for Auburn, they will be facing the nation’s No. 2 ranked defense that allows 253 yards per game.

Auburn’s two top rushers have combined for 1,929 yards on the ground, but face an Alabama defense that is No. 1 in the country allowing just 69 yards a game.

The defense for Alabama has played stellar all season and is No. 2 in points allowed at 11.4 per game. However, its offense behind Jalen Hurts a freshman quarterback has excelled as well averaging over 40 points a game.

Hurts has accounted for 30 Alabama touchdowns that include 19 passing and 11 rushing. He has 2,168 yards passing and 803 yards rushing.

Pettway, prior to missing two games with an injury, averaged 191.5 yards rushing per game over a four-game span, including rushing for 236 yards versus Ole Miss.

Alabama wide receiver ArDarious Stewart has 39 receptions on the season and could return following an absence of one game for a team violation.

The favorite has covered in 4 of the past 5 games between the two teams.

Auburn is 4-1 ATS over its past 5 games versus Alabama.

Prediction: Alabama has played superb defense all season and its offense is scoring in bunches. Neither the defense nor offense of Auburn can stay up with Alabama. The Tide rolls here.