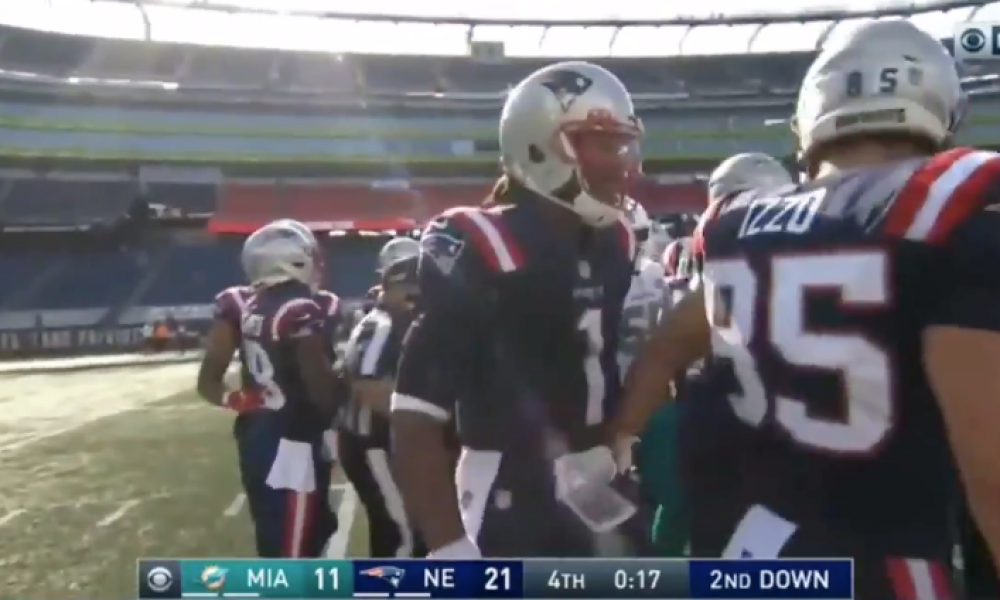 Cam Newton won his first NFL game since 2018 on Sunday as he guided the New England Patriots to a 21-11 victory over the Miami Dolphins. After the game, he had to be separated from Dolphins defensive lineman Christian Wilkins and a few of his teammates as several players jawed at each other.

Newton and Elandon Roberts were talking a bit after the game, then several Dolphins also walked over and engaged. Newton and a few Dolphins defensive lineman had apparently been talking all day so this was just the culmination of that. At one point, Shaq Lawson tried to snatch a chain off of Newton as well.

I’m not sure angering Cam Newton is the right strategy here. On Sunday he was 15-for-19 for 155 yards, while rushing 15 times for 75 yards and two touchdowns. And that was his first week in the Patriots’ offense. He’s only going to get better.