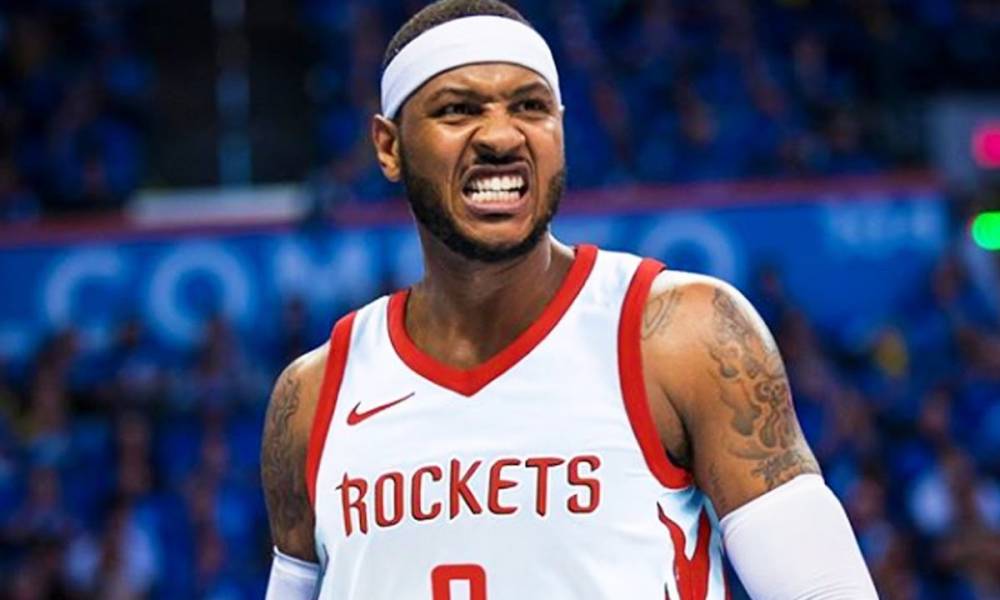 Former Denver Nuggets and New York Knicks star Carmelo Anthony is plotting a route back into the NBA.

Carmelo Anthony hasn’t played an NBA game for almost a year. Currently without a team, he last represented the Houston Rockets at the beginning of last season.

His stint there lasted just ten games before he was told that he was no longer needed.

At 35, Carmelo Anthony’s best days are certainly behind him. However, he is a 10-time All Star whose experience could help any team.

Carmelo Anthony affirmed his desire to return to the NBA at an event on Thursday night. He was asked if he still wants to play basketball.

“Make that the headline.”

It sounds as though it’s not a decision that’s in his hands. On the lack of interest so far, he said he’s surprised.

“It is what it is at this point though. I’m sitting back waiting to see what happens.”

He might be waiting a while, if chatter around the league is anything to go by. Back in October, a Houston Rockets source was quoted saying that he ‘just can’t play NBA defense anymore’.

“We just couldn’t put him on the floor defensively,” the source said.

“I feel awful that it ended the way it did,” said another Rockets source. “He would have been better off either going to Miami or just not playing. But those 10 games … basically ruined him.”

Given Anthony has been working on his game every day, he would dispute the fact that he’s ‘ruined’. He played his last full season in 2017-18 with the Thunder, for whom he averaged 16.2 points and 5.8 rebounds per game. While not All-Star form, those numbers would benefit somebody.