Carson Wentz Banking On Fate with the Colts 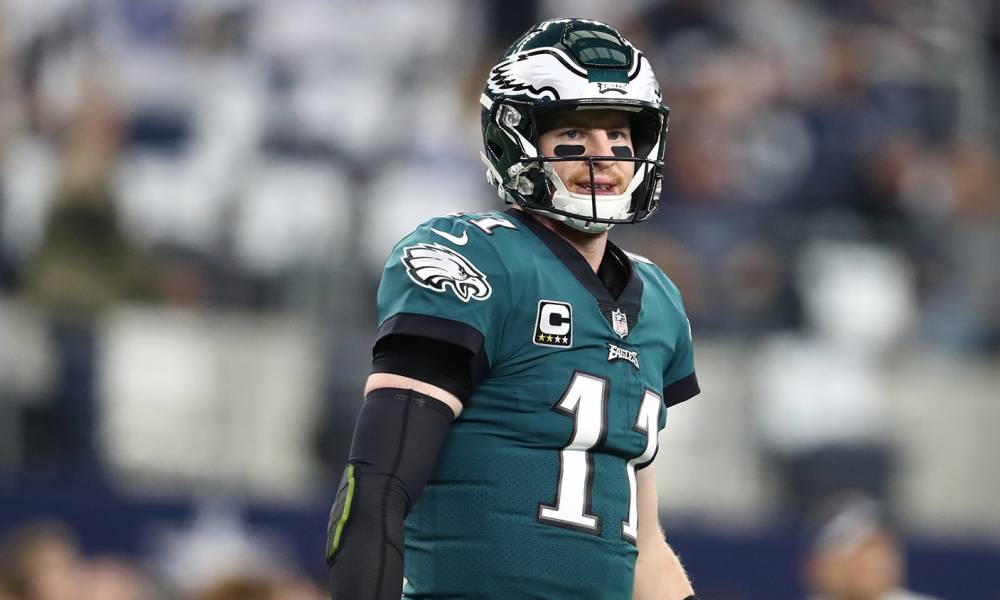 New Indianapolis Colts quarterback Carson Wentz has spoken publicly for the first time since his trade from the Philadelphia Eagles.

After falling out of form and favour in Philadelphia, the once unthinkable became an inevitability. The former MVP candidate was traded for a 2021 third round pick and a conditional 2022 second round pick.

It fell apart quickly for Carson Wentz and the Eagles. Former head coach Doug Pederson went from backing him as a starter to dropping him for Jalen Hurts in December.

Reportedly, the relationship between Carson Wentz and Pederson deteriorated, and the quarterback began to plan his escape route.

In spite of that, Wentz still made a point of thanking Pederson in his uncontroversial farewell post on Instagram.

“More than anything, I will miss my teammates. Thank you. I appreciate every one of you and will never forget the relationships and memories made over the years.

“Thank you to the Eagles organization for drafting me and making my NFL dream come true. Thank you Mr. Lurie, Howie Roseman & the Eagles front office, Coach Pederson & all of my coaches, our training staff, our equipment staff and all of the support staff at the Nova Care Complex. It has been an amazing journey and I wish you all the best.

As one chapter closes, another one begins. And I’m excited to join the Indianapolis Colts and look forward to the work ahead! God’s plan!”

Read: Dolphins Have Always Been Best Spot For Deshaun Watson

Wents is seemingly banking on fate taking him to Indianapolis, where he will be reunited with Frank Reich. The Colts head coach was the Eagles’ offensive coordinator from 2016-2017, when Wentz was playing like a future great.

Replacing the retired Philip Rivers, Wentz does have a better offense in front of him than he did in Philadelphia. However, it remains to be seen if he’s destined to rediscover his best form.