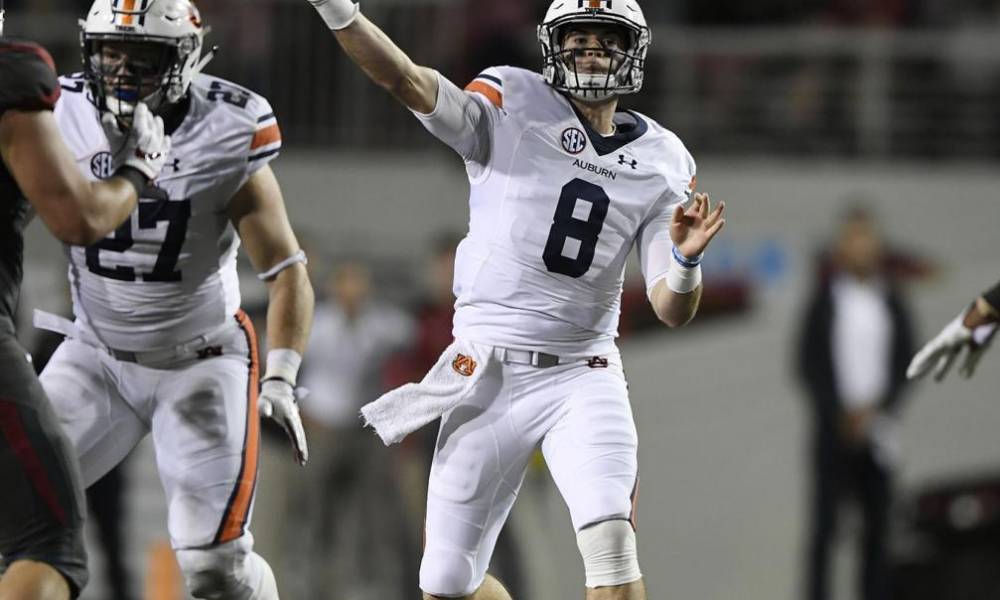 The Georgia Bulldogs have clinched the East title in the SEC and a spot in the conference title game, but need to keep winning to keep alive hopes of reaching the College Football Playoff. On Saturday the Bulldogs face a tough opponent in the Auburn Tigers.

Georgia bounced back from its only loss this season at LSU last month by beating Florida and Kentucky and now plays an Auburn side it beat last season in the SEC title game.

Auburn was the only team to defeat Georgia during the regular season in 2017 and arrives at this encounter off two straight wins over Ole Miss and Texas A&M. The win over the Aggies included two touchdowns during the game’s last 5 minutes giving the Tigers a 28-24 win.

That rally came as Auburn went into an up-tempo offense during its last two drives. The Tigers have had problems at times with their offense and coach Gus Malzahn said that he and his coaching staff are always trying to find rhythm on the offense.

The Tigers are ranked No. 124 in time of possession and No. 96 in third-down conversions. Against Texas A&M the Tigers gained just 19 on the ground, but Jarrett Stidham threw for 239 yards and two scoring strikes to Seth Williams this week’s SEC Freshman of the Week.

Auburn enters play this week as No. 13 in scoring defense nationally allowing 17.3 points per game. Nick Coe has played a big role in that as the defensive lineman forced a fumble and recorded a sack last week earning him Defensive Lineman of the Week in the SEC. 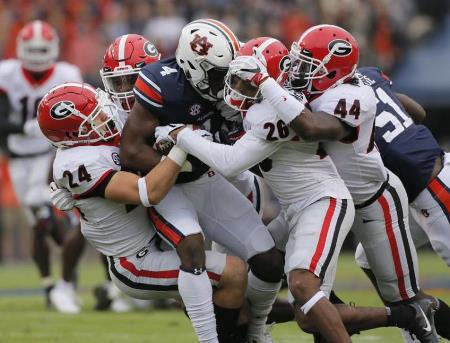 Georgia racked up 444 yards of offense in last week’s win over Kentucky. The Wildcats had entered that game leading the country in points allowed on defense.

Bulldogs running back D’Andre Swift ran for 157 yards with two touchdowns, while fellow running back Elijah Holyfield rushed for 115 yards. Quarterback Jack Fromm is second in completion percentage in the SEC at 67.7%.

Auburn has had its problems on offense, but appeared to find rhythm with the hurry-up approach and could use that at different times against Georgia. While Georgia is likely to win, the 13.5 points is a tough nut to crack. Auburn and the points look solid.