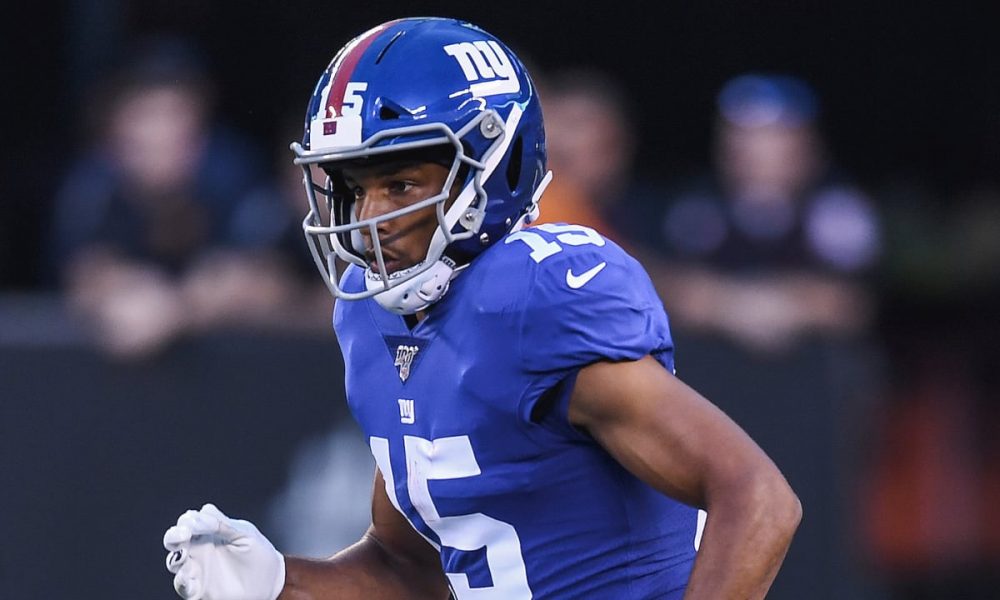 After his first appearance following a PED suspension, Golden Tate is already itching for more playing time with the Giants.

The veteran wide receiver caught three passes for 13 yards in New York’s 28 – 10 loss to the Minnesota Vikings. After the game on Sunday, he came across as dissatisfied with his lack of playing time.

“I want to be out there as much as possible,” Golden Tate said.

“We’ll see. It’s the first week back for me. I hope my role increases. But, we’ll see.”

As a veteran, Golden Tate will know that any media comments can be blown out of proportion. It’s no surprise then, that the following day he was at pains to stress that there was no issue between him and the New York Giants.

“Don’t assume my words. I try to say things and be intentional with them. The only thing that I was saying is that I hope I’m more involved at some point. But I do understand that this is my first week back, there is a process to this. You don’t just throw someone right in the fire when things can happen in another way.”

“I am very happy to be a New York Giant, I am very happy to be back in this locker room and playing football. I think it would be more alarming if I said, ‘No, I don’t want to play more, I don’t want more passes.’ I would look at that guy a little funny. As a player who sees himself as a playmaker, I don’t think there’s ever going to be too many opportunities. Anytime that I have a chance to be on the field, get the ball in my hands, I feel like that’s an opportunity to make a special play or do something great to help our offense or bring a spark.

“Of course, I’m always going to want more opportunities. If we play 70 plays and I play 61 of them, the way I’m built, I want to play all 70. That’s more opportunity for me. That’s the only thing I was trying to say. I am far from being unhappy.”