On Saturday, NCAA men’s basketball takes center stage as two top five ranked teams square off when the No 1 ranked Kansas Jayhawks visit the No. 4 ranked Kentucky Wildcats. The current line has Kentucky favored by 7.5 points with the over/under point total not yet released.

This non-conference game has been long awaited since schedules were released. Off the court issues have engulfed the Kansas team and head coach Bill Self this week. Several players have been named as potential witnesses in an alleged rape of a 16-year old girl in a campus dormitory.

Self said the allegations are very serious and have created a major distraction for the team. That makes it more important than trying to determine how to guard the likes of Kentucky’s De’Aaron Fox or Malik Monk, said Self.

Kansas lost to West Virginia on Tuesday snapping a winning streak of 18 games and must play No. 5 ranked Baylor next Wednesday.

Kentucky is coming in off a loss as well. The Wildcats lost at Tennessee 82-80 despite Monk, the standout freshman scoring 25 points.

Devonte’ Graham a junior guard for Kansas continues to play well for the Jayhawks scoring 17 points in the loss to West Virginia. However, a cramping issue has been hindering his play near the end of games. 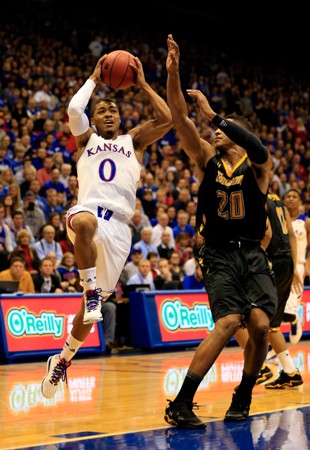 Bam Adebayo a forward for Kentucky scored 21 points while freshman Fox added 17 in the loss to Tennessee. Monk is averaging 21.9 points per game, while Fox is averaging 16.2 and Adebayo 13.5. The three are expected to enter NBA draft later this year.

Kentucky is 5-0 ATS in its past 5 games after a loss straight up.

Prediction: With the controversy swirling around the locker room of the Kansas Jayhawks, there is no way for the players to concentrate enough against one of the best teams in the country. Lean here toward Kentucky.