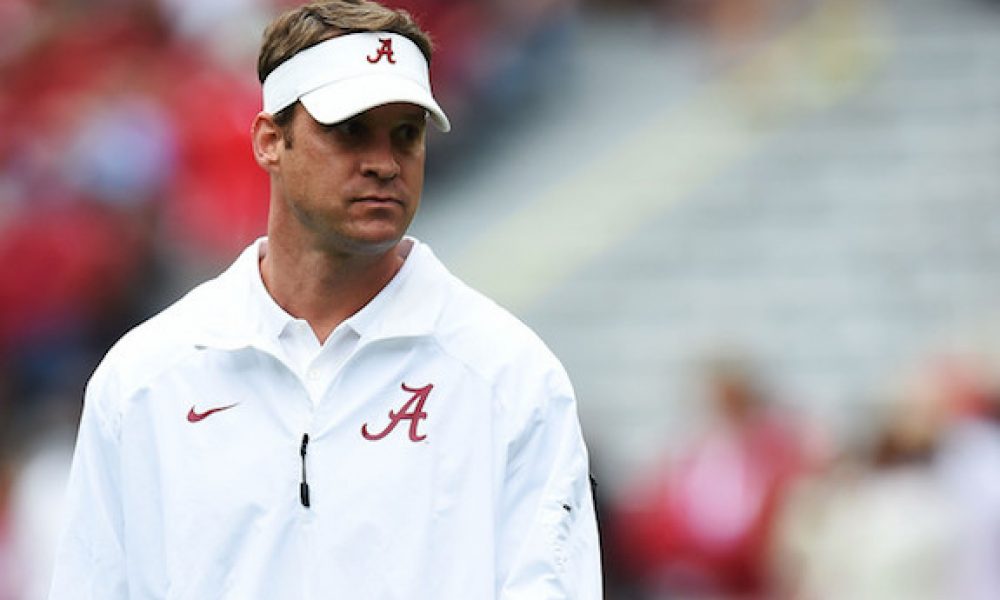 There is a new vacancy at a top Power 5 school in the wake of Florida State firing Willie Taggart. Lane Kiffin is reportedly interested in the job.

Dennis Dodd of CBS Sports shared Monday morning that “Lake Kiffin has expressed his interest in the FSU job” on Twitter.

Sources: Lane Kiffin has expressed his interest in the FSU job.

Lane Kiffin tends to be one of the people mentioned whenever a high-profile job opening is created in college football.

It remains to be seen if the university would have any interest in bringing Kiffin on board. He hasn’t exactly been a big winner, either at the NFL or college football level.

Overall, Kiffin has a record of 62-49 as a head coach, having coached the Oakland Raiders, Tennessee Volunteers, USC Trojans and FAU Owls over a period of 10 seasons.

It’s also worth noting that Lane Kiffin is not one of the odds-on favorites to land the gig.

Instead, other big names like Bob Stoops and Matt Campbell are seen as coaches with the best shot to sign on as the next head coach at Florida State.