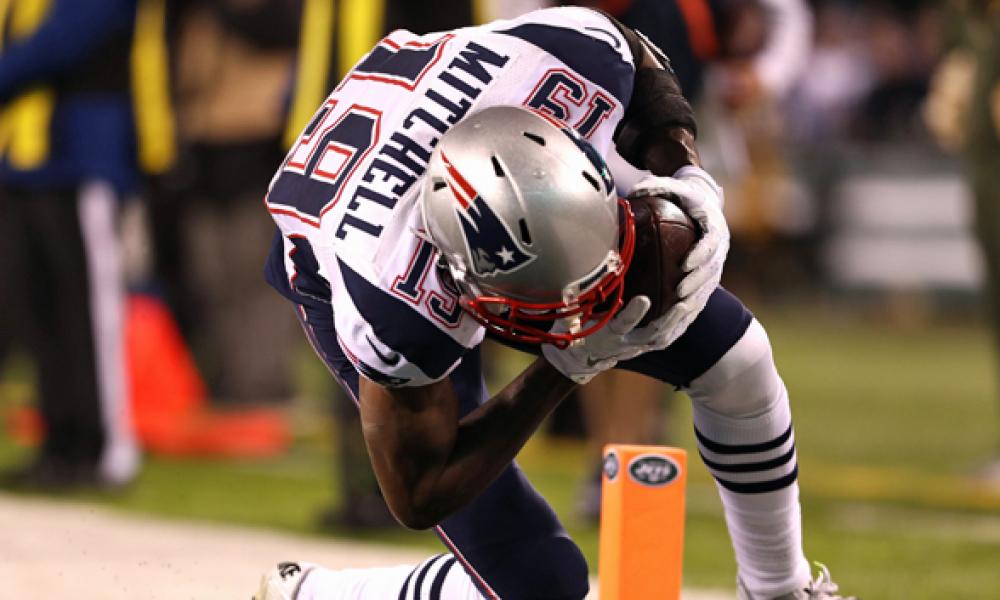 On that day in 2017, the Patriots came back from 28 – 3 down against the Atlanta Falcons to win. In that game, Mitchell had five catches for 63 yards in the second half.

He was drafted out of Georgia in the fourth round a year previously in the 2016 NFL Draft. After Super Bowl LI, it looked as if Malcolm Mitchell would cement his place in the Patriots team for years.

However, injuries took their toll.

He appeared in 14 games in his rookie season. He racked up 32 receptions for 401 yards and four touchdowns that year.

Then, Mitchell picked up a knee injury which kept him out of the entire 2017 – 2018 season. He spent this past offseason at the Patriot’s facilities in an effort to be ready for training camp. He wasn’t a full participant in team practices, though.

Mitchell had his knee examined by doctors on July 23, three days before the start of training camp. After the extent of his problem was revealed, the Patriots decided to go another way.

The New England Patriots’ wide receiver situation will be interesting come the start of the season. They will be without Julian Edelman for the first four games after his drug violation.

The Patriots also released Jordan Matthews in late July due to a hamstring victory. Kenny Britt, a 10-year NFL veteran, is sidelined as well.

New England acquired veteran Eric Decker this offseason to shore up their receiving corps. Other wide receivers available are Chris Hogan, Phillip Dorsett and Cordarrelle Patterson. As well as that, they have youngsters Riley McCarron, Braxton Berrios, Devin Lucien and Paul Turner.