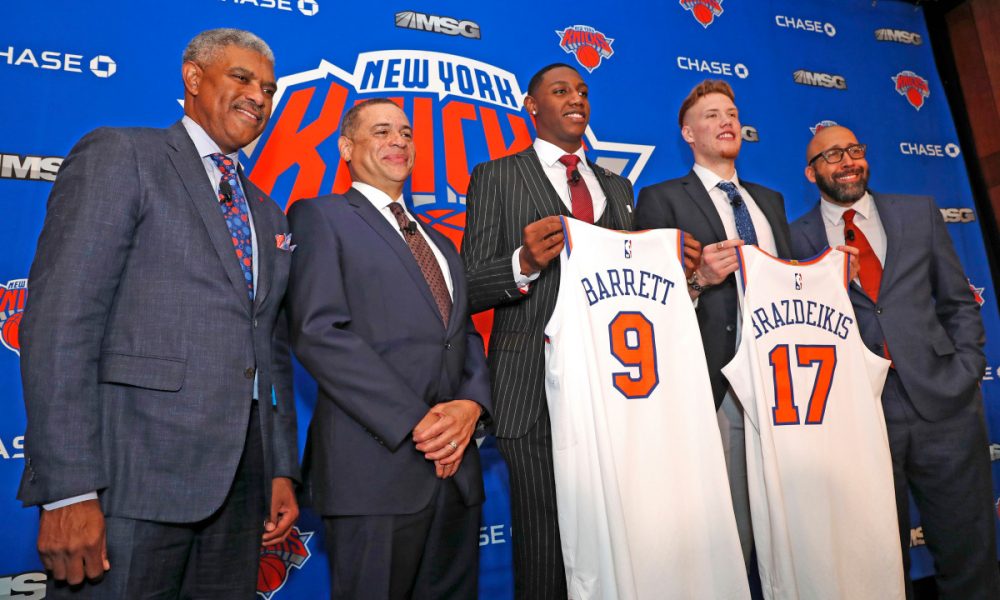 The New York Knicks entered the offseason hoping to change the narrative around the franchise.

The Knicks have moved forward with some notable changes to the organization. The front office conducted several more with their roster by electing to let go of Taj Gibson, Elfrid Payton, Wayne Ellington, and Bobby Portis, which freed up over $40 million salary-cap space, according to ESPN.

The Knicks made it clear that changes in the frontcourt were coming after taking Obi Toppin with the eighth overall pick in this year’s draft. New York is moving forward with a young core group led by R.J. Barrett, Julius Randle, Kevin Knox, and Toppin.

Meanwhile, the team has plenty of salary-cap space to add to their roster in free agency. The early reports suggest that they may make a strong push to sign former All-Star forward Gordon Hayward.

Hayward elected to opt-out of the $34 million player option in the final year of his contract with the Boston Celtics. The Knicks can offer the veteran forward a lucrative deal that he may not receive elsewhere in free agency.

Several other players may be intrigued to join the Knicks if Hayward signs with the franchise. All that sets up what should be an extremely active offseason for New York.