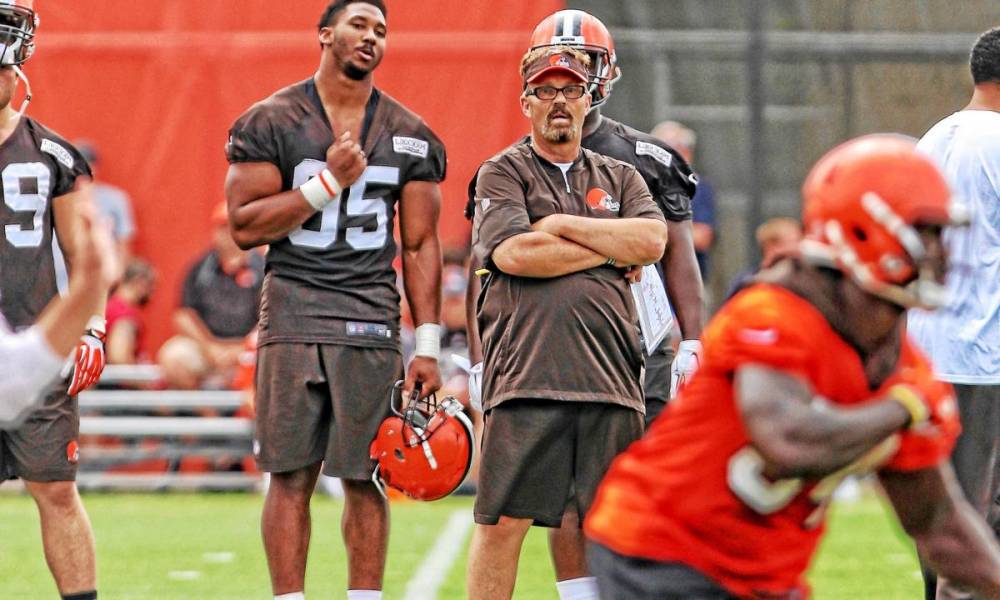 The NFL reinstated Cleveland Browns defensive end, Myles Garrett, on Wednesday following his indefinite suspension for striking quarterback Mason Rudolph in the head with a helmet during a game.

Garrett met with commissioner Roger Goodell on Monday, but no timetable for a decision was given. The decision was expected and Goodell spoke about Garrett’s case with reporters this past week.

The NFL allowed Garrett to return to the team’s facilities in December, so the star edge rusher could train with the team and be around his teammates.

Garrett ripped the helmet off Rudolph’s head then struck him with it in November. The NFL promptly suspended Garrett indefinitely, with the requirement that he meet with Goodell following the season. He missed the team’s final six games off the season and will now be eligible to play immediately in 2020.

The return of the 24-year-old pass rusher will be a huge boost for the Browns in 2020. Garrett, a second-team All-Pro selection in 2018, has recorded 30.5 sacks and six forced fumbles in 29 career games.