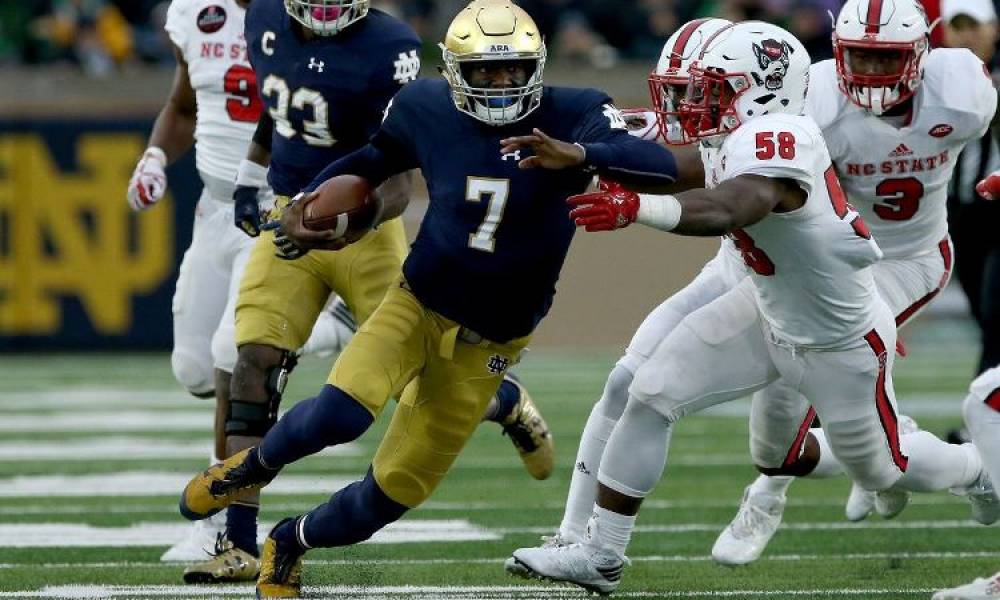 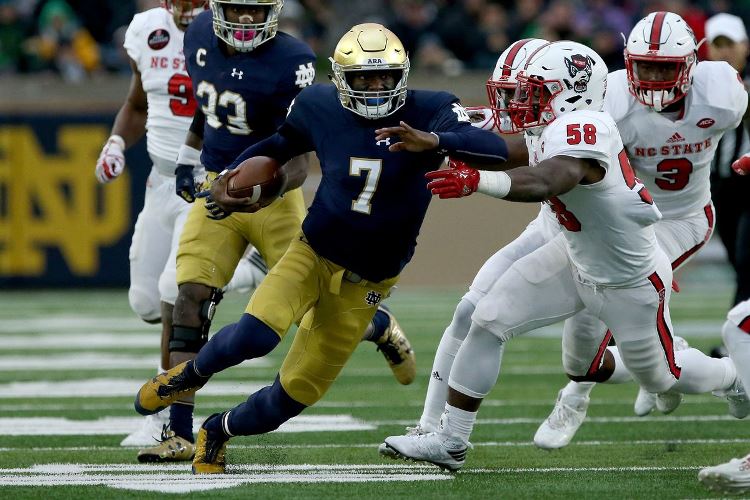 On Saturday, a full lineup of college football games include the No. 14 ranked Michigan Wolverines visiting  the No. 11 ranked Notre Dame Fighting Irish. The teams have not met since 2014 when Notre Dame routed Michigan 31-0.

Michigan finished a disappointing 8-5 last season after losing games to both Ohio State and Michigan State. However optimism reigns at Ann Arbor with the arrival of quarterback Shea Patterson who transferred from Ole Miss. Patterson is a former five-star recruit and hopes to be the catalyst to give Michigan its first win on the road against the Irish since 2010.

Michigan’s new signal caller injured his knee last season and in just seven games prior to his injury threw for 2,258 yards and 17 TDs. However, the Wolverines’ top receiver Tarik Black fractured his right foot and will not play on Saturday.

Karan Higdon rushed for 994 yards and 11 TDs a season ago and will join Chris Evans in the backfield. Evans last season had 842 yards from scrimmage with seven TDs. 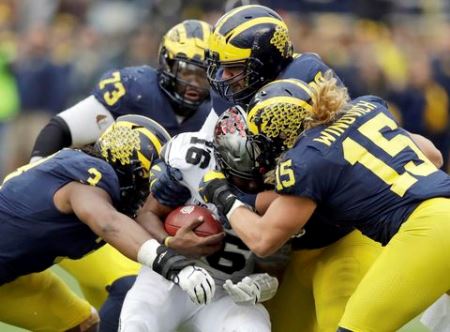 Last season the Michigan defense allowed 18.2 points per game, and this season should be just as tough with nine starters returning. The defense’s star is end Rashan Gary a preseason All-American, who many project to be picked in the top-10 of next year’s NFL Draft. Equally as tough on defense, is returning linebacker Devin Bush.

Notre Dame will start Brandon Wimbush at quarterback. Last season Wimbush threw for 1,870 yards with 16 touchdowns, while rushing for 803 yards and another 14 touchdowns. Ian Book, who took over for Wimbush in Notre Dame’s bowl win over LSU, should see action as well if Wimbush has problems.

Tony Jones Jr. will start at running back replacing Josh Adams who was drafted by the NFL. Dexter Williams may not play due to a possible four-game suspension imposed by the university. Robert Hainsey, an offensive lineman who missed two weeks due to a strained calf, should play.

Notre Dame is 5-1 in the last six meetings with Michigan at South Bend.

Michigan is 9-0 in its last 9 games during the regular season against non-Big Ten opponents since Jim Harbaugh become head coach.