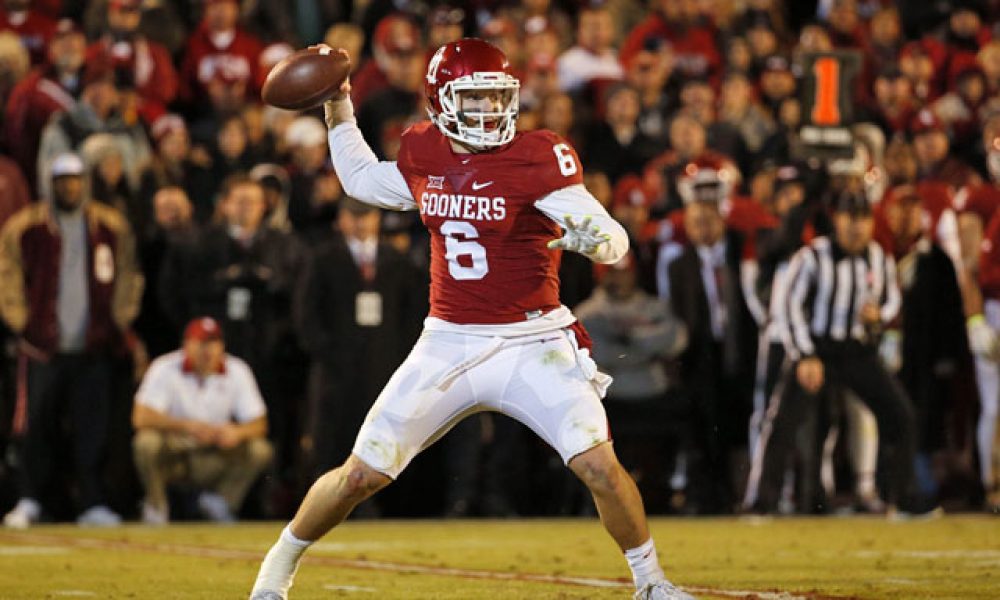 Oklahoma Faces Tough Season Opener on the Road at Houston

On Saturday, the college football season opens for two teams with a bang when the No. 3 ranked Oklahoma Sooners visit the No. 13 ranked Houston Cougars. The current line has Oklahoma favored by 12.5 points with the over/under point total sitting on 67.5.

Baker Mayfield the junior quarterback for Oklahoma and a Heisman Trophy hopeful helped the Sooners to an average of 43.5 points per game last season while throwing for over 3,700 yards with 36 touchdowns and just 7 interceptions.

The Sooners are expected to win the Big 12, which has eyed Houston in renewed talks about expansion, and return to the College Football Playoffs. Houston’s star quarterback is no slouch himself. Greg Ward Jr. had 2,827 yards passing and another 1,100 yards on the ground.

Ward Jr. totaled 38 touchdowns between passing and rushing to lead Houston to 13 victories on the season including an upset win in the Peach Bowl of 38-24 over Florida State. The Cougars are expected to have another strong season this year.

Oklahoma has won 20 of 24 games during the regular season on the road over the past four seasons. That includes a record of 6-2 versus opponents that were ranked at the time the Sooners played them.

Mayfield will have help on offense from Samaje Perine his top running back who ran for 1,350 yards last season and 16 touchdowns. Joe Mixon added 753 yards on the ground with 11 touchdowns.

The Sooners lost star receiver Sterling Shepard to the NFL, but have Dede Westbrook and Mark Andrews whom combined for 11 receiving touchdowns and Geno Lewis a transfer from Penn State.

Houston’s offensive backfield will have new faces in Duke Catalon a transfer from Texas and Mulbah Car a freshman. Through the air, Ward Jr. will rely on receivers Chance Allen and Steven Dunbar who combined for 9 touchdown passes and Ra’Shaad Samples a transfer from Oklahoma State.

Ward and Clemson’s Deshaun Watson were the only two quarterbacks in the nation to have over 2,000 yards passing and 1,000 yards rushing last season.

Prediction: There is little doubt in my mind the Sooners are better and the final score will show that, but Houston will cover with this spread.