Raiders Visit 49ers in Matchup of Teams with One Win Each 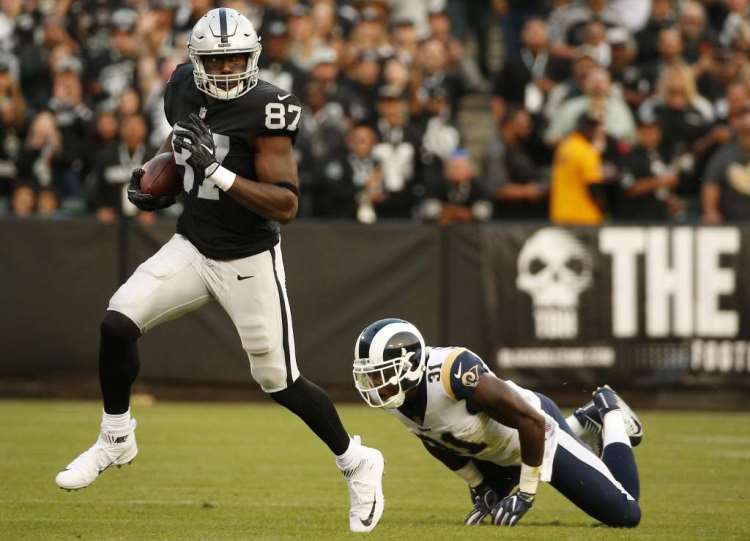 Week 9 of the NFL kicks off with Thursday Night Football in a showdown by the Bay when the Oakland Raiders visit the San Francisco 49ers. Both teams are entering this game with one win each to their credit in disappointing seasons for both.

Oakland has lost three straight since winning its first and only game. During the three-game slide Oakland has been beaten by an average of 18 points. The Raiders opened the season by trading away their top defensive player in linebacker Khalil Mack. As wel as that, last week it traded one of their best talents on offense in Amari Cooper.

The 49ers have been decimated by injuries. Star quarterback Jimmy Garoppolo and running back Jerick McKinnon were both suffered torn ACLs and lost for the season. San Francisco has lost six straight with the most recent three on the road by just a total of eight points.

Oakland did not make any other trades on Tuesday’s deadline but one player Dominique Rodgers-Cromartie did announce he was retiring via Instagram.

Last week’s loss was at the hands of Indianapolis 42-28, and Raiders quarterback Derek Carr threw three touchdown passes. However, the defense gave up 21 unanswered points to the Colts in the fourth quarter. Doug Martin subbed for an injured Marshawn Lynch and had 72 yards on the ground and Jared Cook caught four passes for 74 yards and one touchdown.

The Raiders have the NFLs fewest sacks as a team with 7.0. The Oakland defense is No. 31 in points allowed at 31.1 per game. 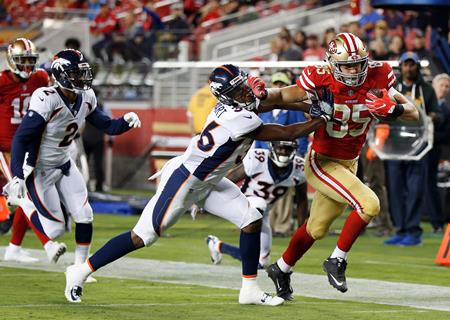 C.J. Beathard did not practice Tuesday because of a wrist injury and it will be a game-time decision to see if the 49ers quarterback will play. If Beathard cannot play, the 49ers are likely to start Nick Mullens, an undrafted free agent. George Kittle has become Beathard’s favorite target.

The tight end has 37 receptions to lead the team and five or more catches in six of the 49ers eight games. Kittle is third in the NFL amongst tight ends with 584 yards.

On defense, San Francisco is giving up 262.5 yards per game through the air and has just two interceptions through eight games. The 49ers are No. 28 in points allowed at 29.5 per game.

With Beathard likely not playing for the 49ers, the offense could be nothing more than rushing on first and second down and throwing on third. Oakland’s passing attack has performed well of late and the 49ers defense is weakest against the pass and the Raiders will use that to their advantage.