Tevin Coleman will start for 49ers, despite injury in NFC Championship 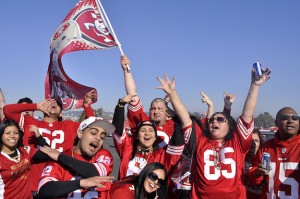 Head coach Kyle Shanahan said that Coleman, along with safety Jaquiski Tartt and linebacker Kwon Alexander, will “be good to go” for the big game, per Eric Branch of the San Francisco Chronicle.

Coleman has been rehabbing hard ever since being carted off the field two Sundays ago, and the reports coming in about that work have all been positive. Still, it’s pretty remarkable that he could play just two weeks after suffering the painful injury.

The 49ers rode Coleman during the divisional-round win over the Minnesota Vikings.

He totaled 105 yards and two touchdowns on the ground in that contest, and he will be a factor in Super Bowl LIV as long as he remains healthy enough to stay in the game.