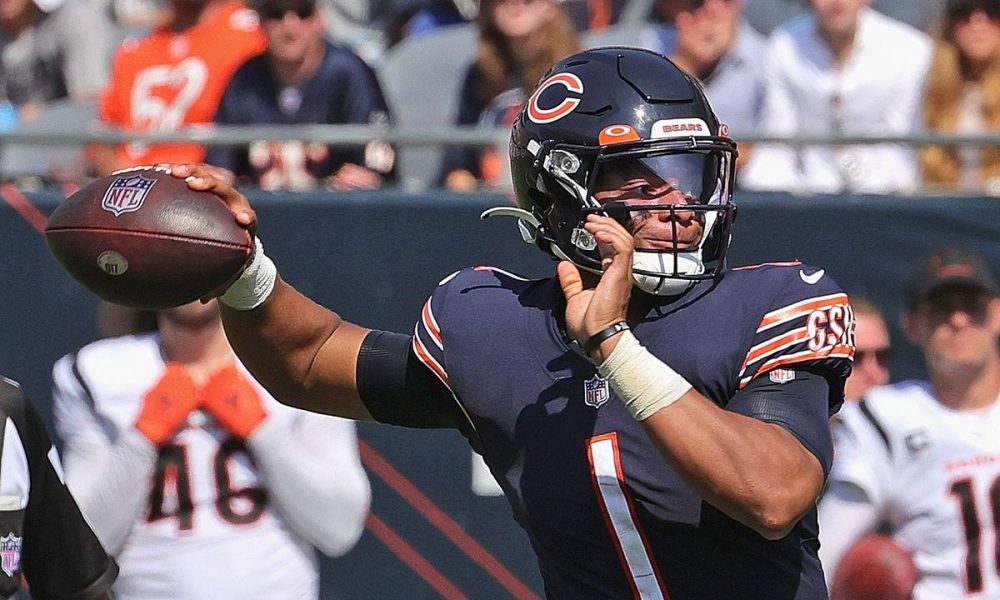 Nagy said that Fields will open the game as a result of the team’s prior starter, Andy Dalton, being “week-to-week” with a left knee injury. Dalton sustained the injury during Chicago’s Week 2 win over Cincinnati.

Dalton suffered the left knee injury on Sunday during a 14-yard scramble late in the second quarter, when he landed awkwardly on the Bears’ sideline and his left knee appeared to buckle.

He left the game to be examined and briefly re-entered the contest but later missed the entire second half.

Fields completed six of his 13 pass attempts for 60 yards and an interception and rushed 10 times for 31 yards in the victory over the Bengals.

In a Week 1 loss to the Rams, Fields played sparingly, completing two passes and rushing once for three yards.

In April, the Bears traded up from pick No. 20 to No. 11 to select Fields in the 2021 NFL draft.Fields starred in his two years with Ohio State, throwing for 63 touchdowns and nine interceptions over 22 games, while completing 64.8% of his pass attempts.