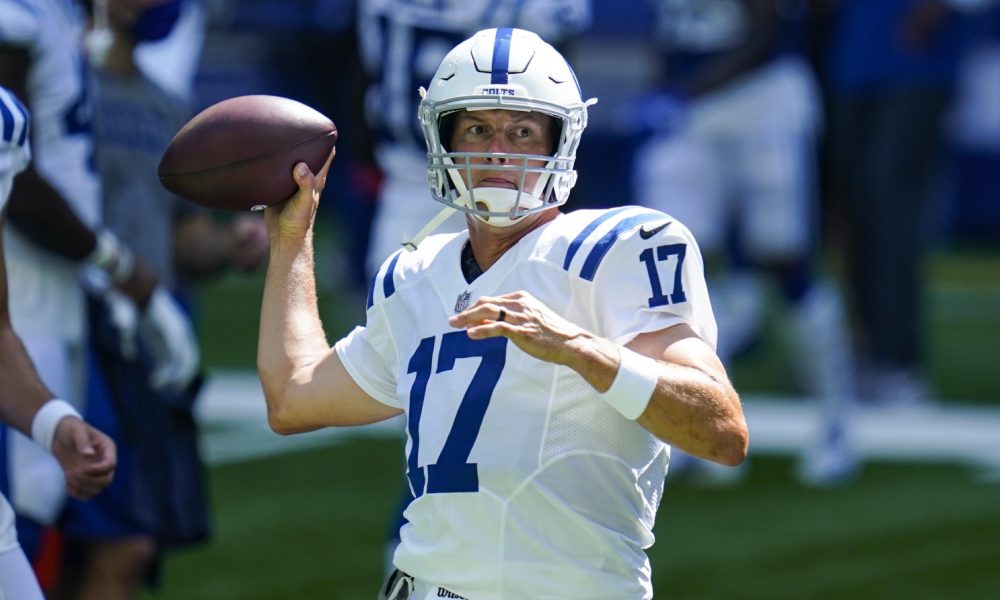 Colts quarterback Carson Wentz was placed on the reserve/COVID-19 list on Tuesday, with his status for Sunday’s game against the Raiders now in question.

If Wentz is unable to play, former Texas quarterback Sam Ehlinger would likely get the start.

However, according to The Athletic‘s Zac Keefer, the Colts are also discussing whether to reach out to former quarterback Philip Rivers.

Rivers spent last season with the Colts, leading the team to an 11–5 record and playoff berth. He retired last January and has served as the coach at St. Michael Catholic High School in Alabama this fall.

Despite retiring last offseason, Rivers told the Los Angeles Times in August, he wouldn’t rule out a return to the field.

“I’m getting back there,” Rivers told the Times. “I wouldn’t have made weight if I had to report last week, that’s for sure. But I am getting back into the lifting and running, and shoot, I occasionally throw a ball around out here in this heat.

“I’m just going to stay ready. I want to make sure I’m very clear: I’m not predicting I will play in December or January, for that matter. One, you’ve got to have somebody who wants you, and two, it’s got to be right. But I have not completely ruled that out.”

Over his lengthy NFL career, Rivers played 16 seasons with the Chargers and one campaign with the Colts, logging 240 consecutive starts. He ranks fifth all-time with 63,440 passing yards and 421 touchdown passes.