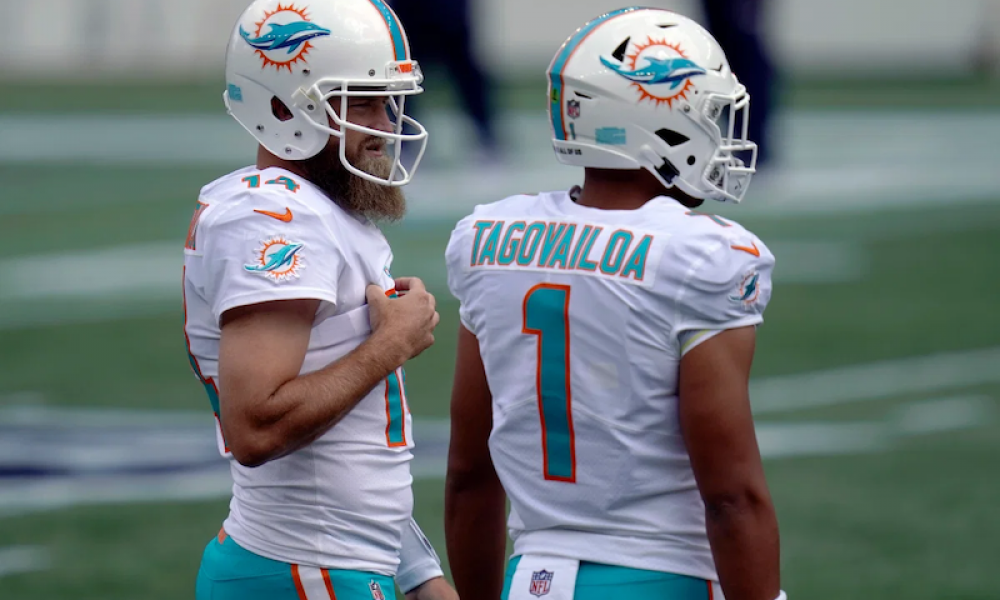 Dolphins quarterback Tua Tagovailoa was carted to the locker room in the first quarter of Miami’s matchup with the Bills on Sunday.

Tua Tagovailoa is hurt. Here is a video of the injury (via @BradleyGelber)

Tua Tagovailoa exited the contest after he was hit on a 4th-and-2 play by Buffalo defensive lineman A.J. Epenesa. Tagovailoa threw an incomplete pass before he was hit, and he attempted to walk to the sideline before trainers came to look at him.

The second-year quarterback was helped to the sideline by team trainers, but he was taken into the locker room by a cart. He was later ruled out for the game with a rib injury.

Read: Bogdan Bogdanovic Calls On Hawks To Do It Again Next Season

The Dolphins enter Week 2 at 1–0 after defeating the Patriots 17-16 in Week 1. Tagovailoa threw for 202 yards and one touchdown in the victory.