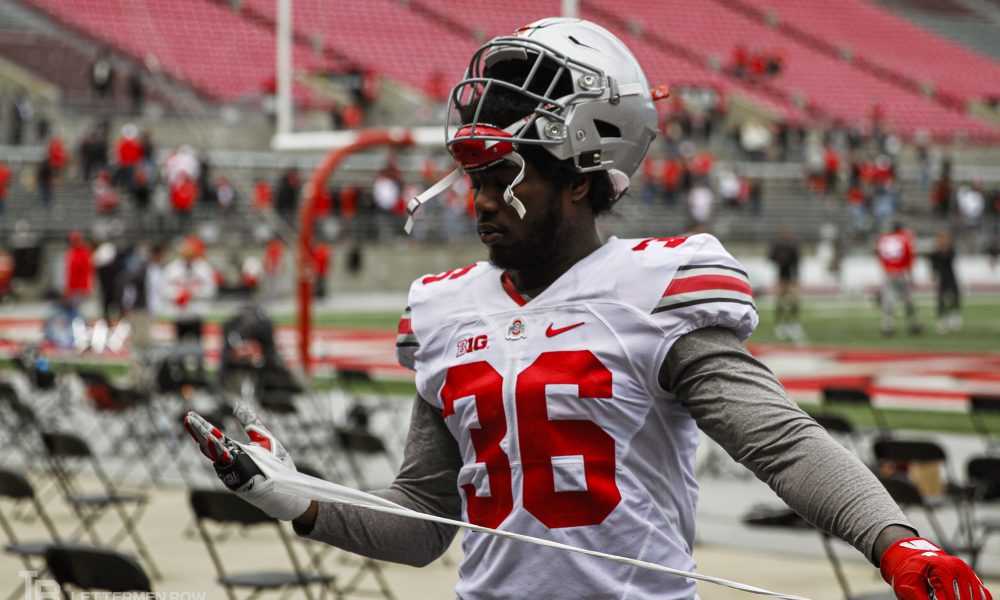 Ohio State linebacker K’Vaughan Pope seemingly quit on his team in the middle of a game against Akron on Saturday with his team up 35–7 in a strange display.

In the second quarter, Pope attempted to take the field during a substitution. He was waved off by teammate and linebacker Teradja Mitchell, per Buckeyes Now‘s Brendan Gulick. Pope, visibly upset, started to walk back to the locker room. However he was stopped by a Buckeyes staff member and escorted back to the sideline.

Pope just went into the locker room with a team staffer after throwing a tantrum on the sideline, including throwing his gloves. JJB tried to calm him down and Pope wasn't having any of it. He walked up to Ryan Day and Day pointed as if to say "get out of here"

Once there, he took off his gloves and threw them into the stands before beginning to take off his jersey. Before that, he appeared to be in a heated verbal exchange with linebacker coach Al Washington. Several Ohio State Buckeyes players attempted to calm him down.

He was then escorted back to the locker room after speaking with multiple staff members while the game was still being played. During halftime, he Tweeted “good lucc to my teammates.” Immediately after, he Tweeted “f— ohio state,” but deleted the Tweet shortly after.

good lucc to my teammates 💯

Pope is a senior and has appeared in 31 games for the Buckeyes since joining the program in 2018.