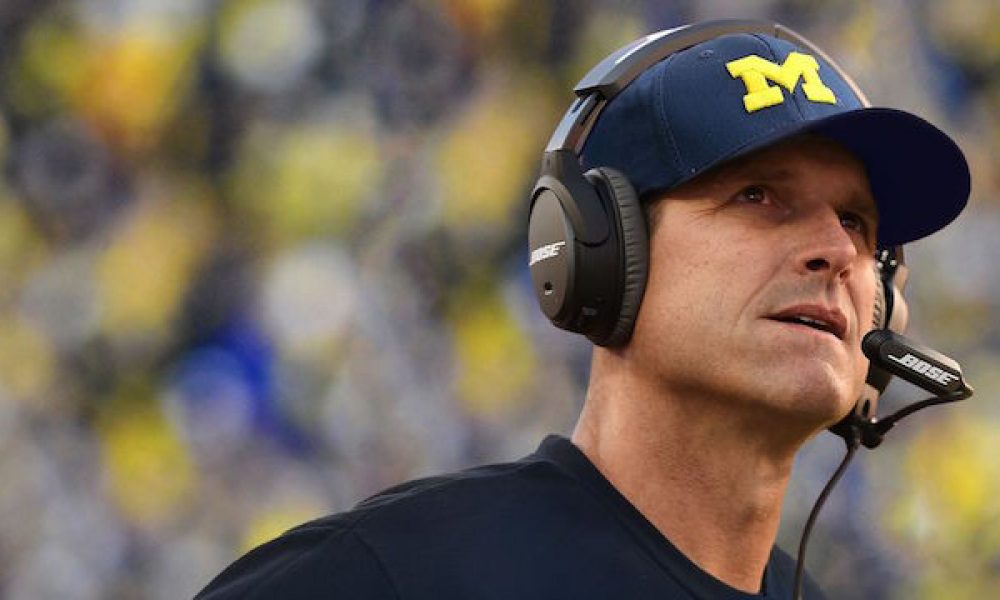 Report: Jim Harbaugh could make a return to the NFL

Few coaches find success at both the college and NFL level, but Jim Harbaugh fits the bill. After leading his alma mater Michigan to its first College Football Playoff appearance, a new report from The Athletic indicates that Harbaugh could have real interest in returning to pro football, with the Bears and Raiders jobs cited as possibilities for him.

“Harbaugh might be tempted to leave the Wolverines to return to the NFL,” The Athletic’s Bruce Feldman wrote Tuesday.

The Raiders job is the main potential NFL job cited in the report. Harbaugh has a pre-existing relationship with owner Mark Davis, and the Raiders are equipped with a competitive roster, including star quarterback Derek Carr.

Harbaugh’s first coaching job was working with the Raiders quarterbacks in 2002–03, before he took his first head coaching opportunity at San Diego in 2004.

Las Vegas is 9–7 this season, one win away from clinching a wild card spot. Former coach Jon Gruden resigned earlier in the 2021 season after the release of racist, misogynistic and anti-LGBTQ emails that were reviewed as part of the NFL’s workplace misconduct investigation into the Washington Football Team.

The Raiders are 6–5 under interim coach Rich Bisaccia since Gruden’s departure.