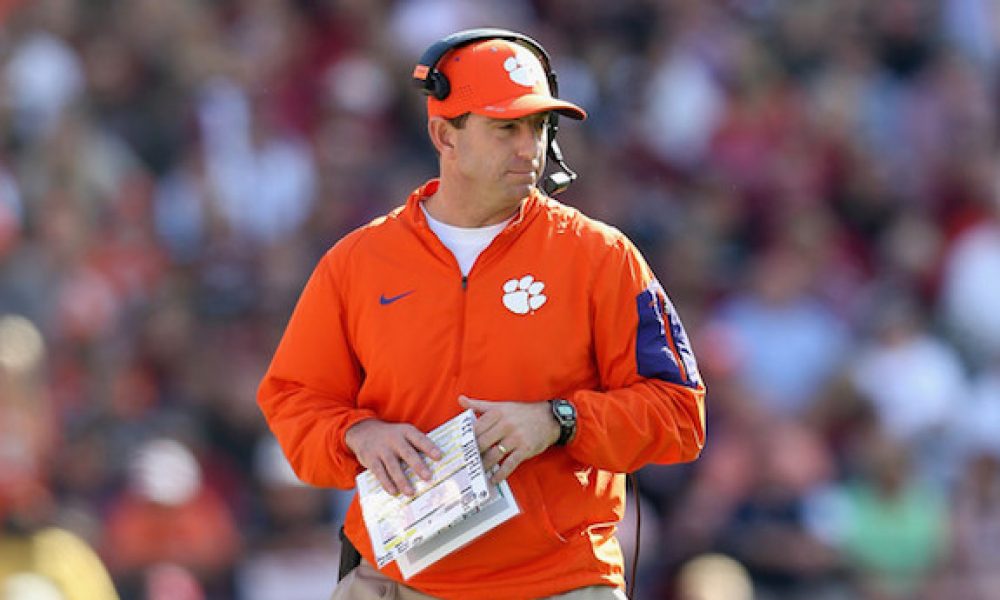 Hunter Johnson to transfer back to Clemson after leaving for Northwestern

Former five-star recruit Hunter Johnson will transfer to Clemson for the 2022 season, he told 247Sports.

Hunter Johnson, 24, was initially a 5-star recruit in 2017, when he committed to Clemson. He played one season with the Tigers before transferring to Northwestern.

“I initially reached out to Coach Swinney to honestly see if he had any GA [graduate assistant] spots,” Johnson told 247Sports. “I reached out to him and he asked if I had my sixth year because of COVID-19 and I told him I still did. It wasn’t really my intention initially of calling him.

“It was pretty exciting and I took a day or so to think over things and it felt like it was a great situation for me… just being able to go finish my sixth year and play at a place I’ve grown to love over the years and be part of the room.”

Johnson is expected to serve as a backup QB for Clemson in 2022 behind D.J. Uiagalelei and Cade Klubnik. He tallied 856 passing yards and five touchdowns with Northwestern across nine games. Johnson is the first Clemson player to ever be added via the transfer portal under Dabo Swinney, per 247Sports’s Chris Hummer.