Gore is a native of Miami. He starred at the University of Miami prior to being drafted in 2005 by the San Francisco 49ers. In May, Gore will turn 35, but last season with the Indianapolis Colts rushed for 960 yards. Gore came up just short of recording his 10th season with 1,000 or more yards rushing.

Gore during last season moved past three running backs, whom are all in the Hall of Fame. He moved into fifth place overall on the career rushing list for the NFL. He will be playing his 14th season in the NFL and has accumulated 14.026 rushing yards and is 76 yards shy of moving into fourth place passing Curtis Martin.

In 2015, Gore signed a deal with the Colts with the idea of pairing up with Andrew Luck. However, injuries to the Colts quarterback meant the pair played 22 games out of a possible 48 over three seasons. 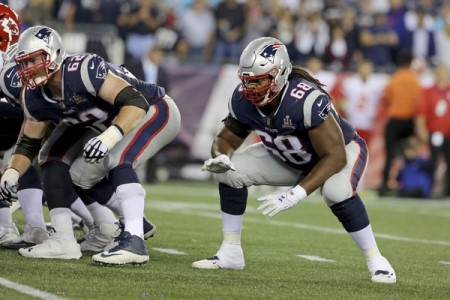 The New England Patriots needed to shore up its offensive line for both pass protection and rush blocking. The Pats started that this week by agreeing to terms with LaAdrian Waddle on a one-year contract.

Waddle has played five seasons in the NFL. He has played in 45 games during the regular season while starting 28. He will compete for left tackle, after Nate Solder left to sign a deal for $60 million with the Giants.

Waddle is 6-foot-6 and weighs 315 pounds. He was signed off waivers in December of 2015 by New England, but mostly was a backup at both right and left tackle. Last season he started four games for the Pats when starter Marcus Cannon at right tackle was injured.

Waddle was seen last Friday at the New England Patriots training facility to have a physical, but then left for Dallas for a meeting with the Cowboys, but returned this week.

He will join Matt Tobin a six-year veteran and Cole Croston an undrafted free agent on the depth chart at left tackle.