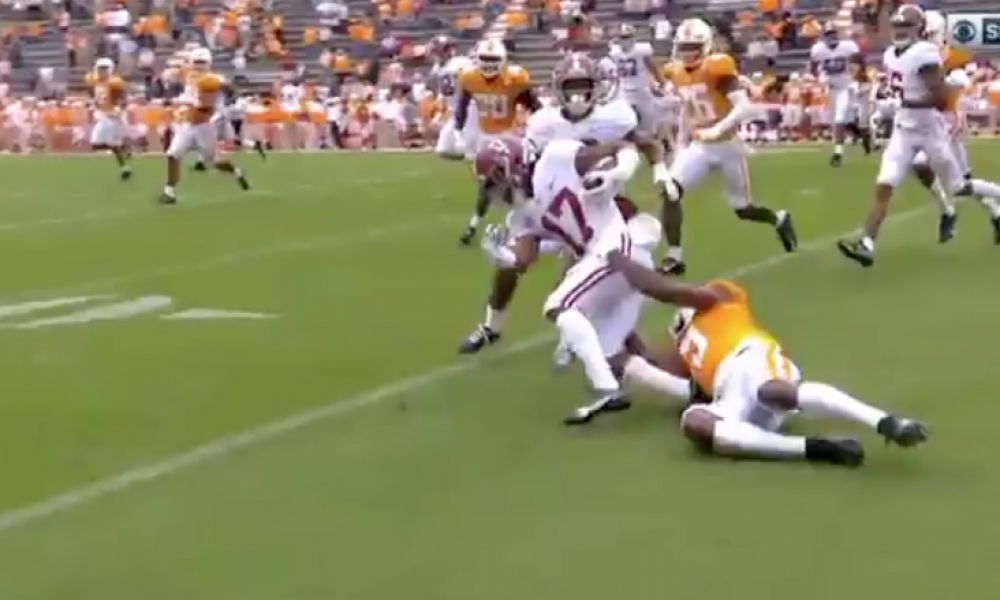 Alabama Crimson Tide star Jaylen Waddle suffered a fractured ankle on Saturday against the Tennessee Volunteers. As a result, he will miss the remainder of the season.

Waddle, one of the most explosive playmakers in college football, suffered the injury on the opening kickoff return. Sadly, it became clear within moments that the junior was dealing with a significant issue.

After going down awkwardly on the play, Jaylen Waddle hobbled to the sideline and was immediately assisted into the locker room. Soon, Alabama loaded the 5-foot-10 receiver onto a cart and took him in for X-Rays.

At halftime, head coach Nick Saban informed CBS that Waddle suffered a fractured ankle. The 2019 SEC Special Teams of the Year recipient was taken to a local hospital to undergo surgery.

Waddle has been an incredible weapon in Alabama’s offense since he joined the program. After hauling in seven touchdowns and 848 receiving yards as a freshman in 2018, he took his game to another level last season.

On an offense with Jerry Jeudy, Henry Ruggs III and DeVonta Smith, Waddle found a way to separate himself with his unique skills. In addition to 560 receiving yards and six touchdowns, he added 487 punt return yards, 175 yards on kickoff returns and two touchdowns on special teams.

He will now face the decision of either declaring for the 2021 NFL Draft or returning for his senior season. If he makes a full recovery, this is a top-10 talent and a future star in the NFL.