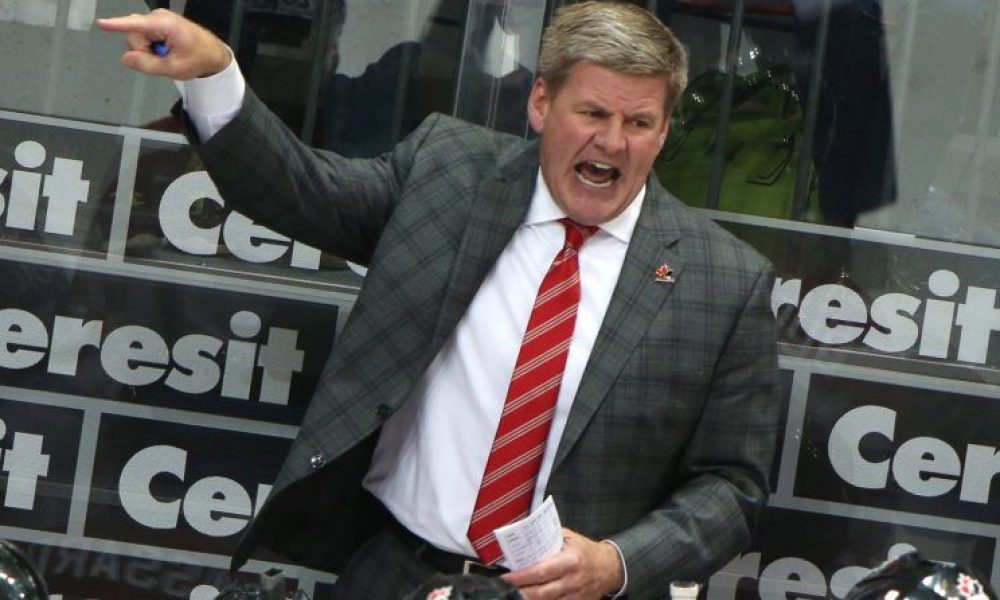 Former Carolina Hurricanes boss Bill Peters has been hired as the head coach of the Calgary Flames. The team announced the appointment on Monday at Scotiabank Saddledome.

It appears the move has been in the offing for a while now. Bill Peters (53), resigned as head coach of the Carolina Hurricanes last friday. As well as that, the Calgary Flames head coaching position recently became vacant.

Calgary fired Glen Gulutzan and his team after a disappointing end to the season. The Flames missed out on the playoffs with a 37-35-10 record.

Bill Peters has coached a variety of hockey teams before establishing himself in the NHL. He lead the Spokane Chiefs to the Western Hockey League and the Memorial Cup in 2008. He coached the Rockford IceHogs in the AHL for three years before joining the Detroit Red Wings staff.

Peters assisted Mike Babcock for three seasons in Detroit before taking the head coach position at the Carolina Hurricanes. In his first season as an NHL coach, he lead Carolina to a 137-138-53 record, although they missed the playoffs.

Peters was head coach when the Canadian team won gold at the 2016 men’s world hockey championship in Russia. Calgary general manager Brad Treliving was one of the general managers of the Canada team at that time.

“What I talk about the modern game, when you watch the playoffs, you need defense up in the rush, you need offense from your defense. We’re going to be able to do that with what we have. The majority of the core is still in their prime and still has room to grow and a higher ceiling to be reached. There’s lots to work with and that’s exciting.”