Dalvin Cook Recovering “Ahead of Schedule” from ACL Injury 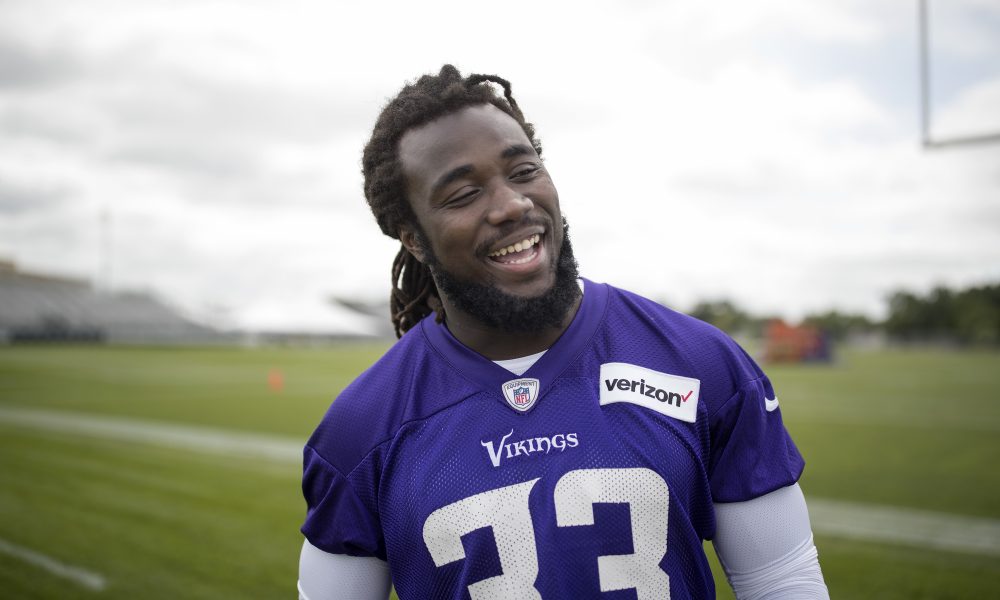 Minnesota Vikings running back Dalvin Cook could return from injury ahead of schedule, according to reports. Dalvin Cook’s impressive rookie season was cut short last year due to a torn ACL.

Prior to injuring his left knee, Dalvin Cook played well for the Minnesota Vikings. In his debut NFL season, he rushed for 127 yards. Those 127 yards broke a franchise record previously held by Adrian Peterson. Cook was among the league leaders in rushing with 354 yards (4.8 yards a pop), through the first four games.

The Minnesota Vikings hope that he can get back to full fitness in time for training camp. Coach Mike Zimmer said that the player has dealt with his injury well.

The Minnesota Vikings won 13 games last year and were one win away from a Super Bowl appearance. It was the team’s first NFC title game in 8 years. As a result, expectations are high for the new season.

Despite a 38 – 7 loss to the Philadelphia Eagles in the title game, Zimmer says the experience will benefit them.

With quarterback Kirk Cousins now on board, Minnesota will help to build on their progress. The team hasn’t won a conference title since 1977, and it has never played in the Super Bowl.