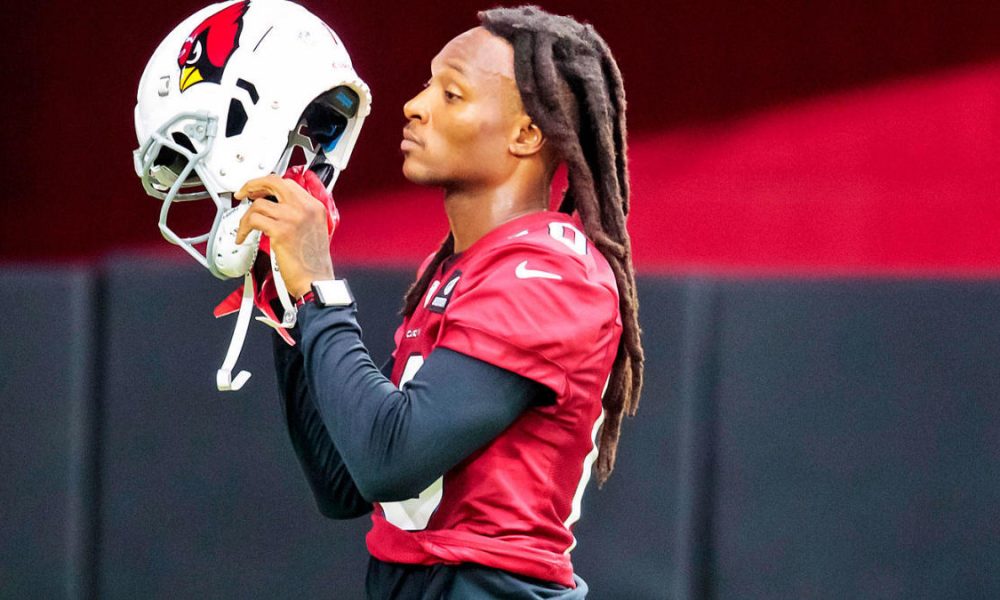 The Arizona Cardinals made a bold move during the NFL offseason to acquire a perennial Pro Bowler. Additionally, they arguably got one of the best wide receivers in the league. The team acquired wideout DeAndre Hopkins from the Houston Texans. Now it appears to be a long-term affair between the two sides.

According to Josh Weinfuss of ESPN, the Cardinals and Hopkins have agreed to a lucrative long-term deal.

DeAndre Hopkins has his deal, and the Arizona Cardinals have their star wide receiver for the foreseeable future.

Hopkins signed a two-year extension with the Cardinals worth $54.5 million, including $42.5 million guaranteed, a source confirmed to ESPN.

With the addition of talented and versatile quarterback Kyler Murray last year, the team is hoping to contend sooner rather than later. Arizona has high hopes for the future with Murray in the fold and adding Hopkins may have bumped up the team’s timeline to compete in the NFC.

Last season, Hopkins was named an All-Pro for the third straight year. Although his numbers were down from the previous season both in receiving yards and touchdowns, Hopkins was still a force to be reckoned as Deshaun Watson’s favorite target in the Texans’ offense.

DeAndre Hopkins caught 103 passes for 1,165 receiving yards and seven touchdowns in 2019. It remains to be seen whether those numbers will improve with Murray in 2020, but the Cardinals are obviously willing to bet that they will as Arizona tries to become a legitimate playoff contender in a highly competitive NFC.