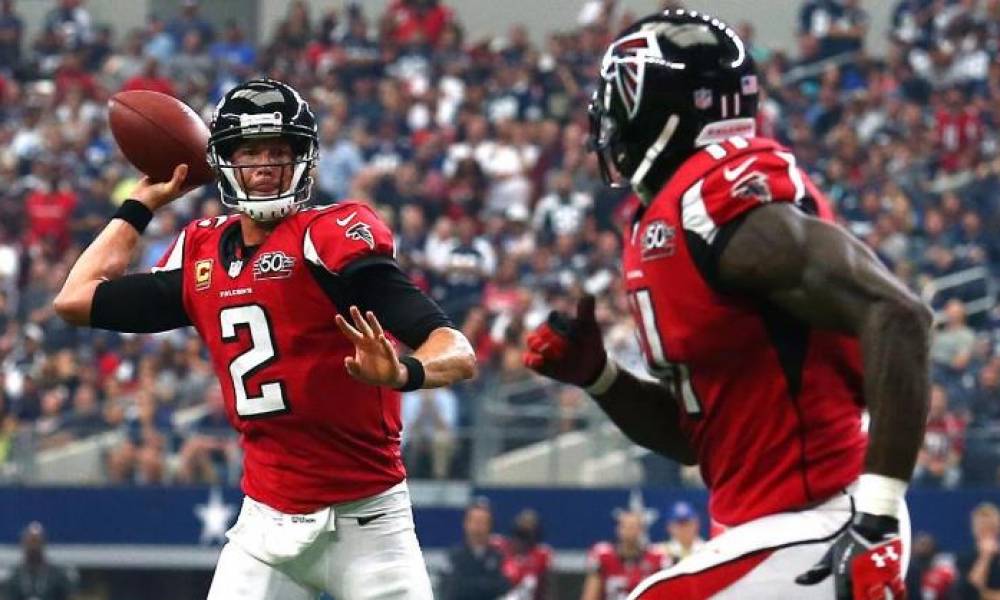 Are you ready for some football? That’s right, the NFL begins its 2018 regular season when the defending champion Philadelphia Eagles host the Atlanta Falcons on Thursday Night Football. Last season, the Eagles defeated the Falcons in the NFC divisional round of the playoffs 15-10.

The current line on top sportsbooks has Philadelphia favored by just 1 point with the over/under point total on 44.5.

Nick Foles will start at quarterback for the Eagles and due to injuries with the receiving corps, might need to rely more on the running abilities of Jay Ajayi, Corey Clement and the rest of the rushing attack for the Eagles.

Atlanta starting quarterback Matt Ryan threw for more than 4,000 yards last season for the seventh straight time. His favorite target wide receiver Julio Jones is coming off a season in which he had 1,444 receiving yards, but will be facing an Eagles defense that last season led the NFL against the pass.

The duo of Tevin Coleman and starting running back Devonta Freeman led a strong ground game for the Falcons last season and helped keep pressure off Ryan as the two combined for more than 2,100 yards and 16 touchdowns. In the playoff loss to the Eagles, Freeman caught a touchdown pass.

Last season, the Eagles had three players who caught eight or more touchdown receptions, helping the team win the NFC East. Zach Ertz led all tight ends in the NFC with 74 receptions for 824 yards and eight touchdowns. Wide receivers Alshon Jeffery caught nine touchdown passes while Nelson Agholor caught eight, but Jeffery will miss this game as he recovers from shoulder surgery he had during the offseason.

The Eagles signed wide receiver Markus Wheaton, who the team had cut last May, on Tuesday to give the receiving corps more depth due to injuries. 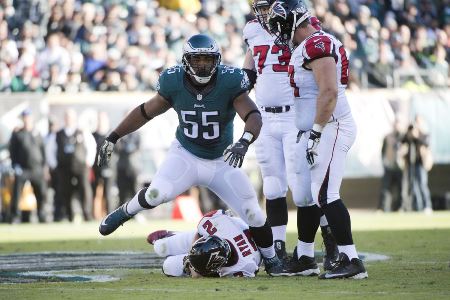 Brandon Graham had a career-best 9.5 sacks last season for the Eagles at defensive end, while Nigel Bradham a starting linebacker sacked Matt Ryan last season in the playoff win but will miss the opener due to being suspended.

Atlanta linebacker Deion Jones is one of just three players in the NFL to have 100 tackles or more and three or more interceptions last season.

Prediction: The Eagles offense was anemic during the preseason, and will not have its best wide receiver in Alshon Jeffery. Atlanta will look to force the Eagles to beat them on the ground, while on offense Matt Ryan will attempt to establish the run to open passing lanes for his receivers. Atlanta looks good in an upset 24-21.