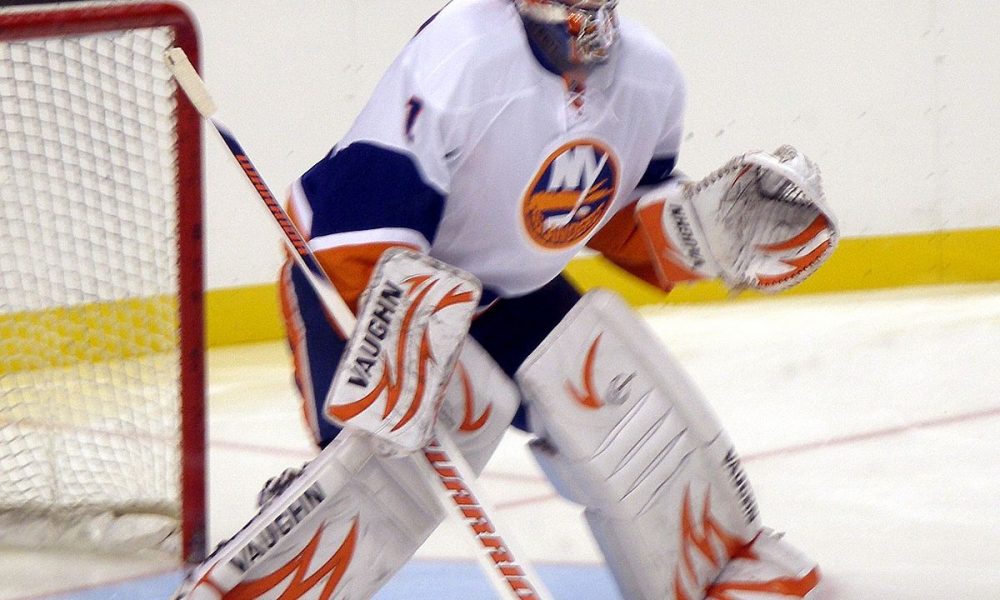 The Edmonton Oilers have signed Finnish goaltender Mikko Koskinen on a one year contract to bolster their options in goal.

The 29-year-old free agent has spent the last 5 seasons in the KHL with SKA Saint Petersburg. Mikko Koskinen will be a veteran presence that will help an Oilers team who struggled to stop goals last season.

The Edmonton Oilers conceded 3.20 goals a game last year, which is the fifth highest in the NHL. Mikko Koskinen will provide solid backup to Al Montoya and starter Cam Talbot.

Koskinen was picked in the second round of the 2009 NHL draft by the New York Islanders. Although, he only played four times in New York. Playing those games in the 2010-2011 season, he had a 4.33 GAA and .873 save percentage.

The Edmonton Oilers have been looking for another goaltender for a long time, as outlined by GM Peter Chiarelli.

“There’s the travel and all the games. I would hope Cam is our goalie going forward past next season but we have to put Cam in a position to succeed,” he said. “We have to manage this better and having a better alternative. I don’t want to throw Al (Montoya) under the bus, but maybe we need to upgrade that position.”