First there’s the in-state rivalry for these two teams. Then, there are national title implications on the line for them as two undefeated Top 10 teams and third, this game has largest point spread in history for a matchup that includes two top ten teams at this late point of the season, according to CBS Sports.

Earlier in the week the spread sat at -21 for Florida State, which drew the media’s attention and now at the time of this writing, it’s -22 for them to take the win. Previously, the largest spread between two top ten teams at this point came in 2008 with #1 Texas at -12 versus #7 Oklahoma State.

So why are the Seminoles so heavily favored?

Keep in mind, over the last three weeks, Florida State has won its games by a 101-56 margin while Miami has had tighter wins and has trailed, especially in the last two games, against North Carolina (27-23) and Wake Forest (24-21). 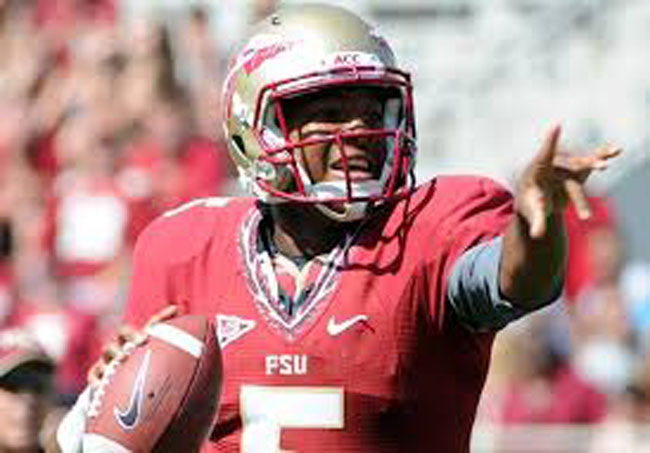 Then there’s Florida State’s redshirt freshman quarterback phenom, Jameis Winston. With his 23 touchdown passes, he’s tied at No. 3 in the nation for the highest number. His 12.6 touchdown percentage rate is at the top for the nation, while his yards per attempt, yards per completion and passer rating all give him a No. 2 national ranking, according to ESPN.

Oh yeah, Winston is also a Heisman contender and sits in the second spot behind Oregon’s Marcus Mariota (1/1) at 11/10 to win the coveted prize.

Miami coach Al Golden said of his quarterback this week, “He’s beyond his years. He’s talented. He’s mature with the football. Strong arm, can move his feet, can create from a bad situation and I just think he’s excellent. Regardless of his age or year in school, he’s excellent. He’s playing really well and they’re executing at a high level.”

One of his weapons is also having a good season, tight end Nick O’Leary. If case you’re wondering why they keep showing Jack Nicklaus at Florida State games this season, it’s because O’Leary is his grandson. With the player’s six touchdown receptions, he is tied with Colorado State’s Kivon Cartwright and Marshall’s Gator Hoskins for the most touchdown receptions by a FBS tight end for the 2013 season.

As for Miami being the underdog, they are still a good team. Their defense will be challenged as the Seminoles have better matchups and a stronger offensive line.

Quarterback Stephen Morris has 1,463 yards, 10 touchdowns and eight picks. He sits at No. 10 in the ACC for total offense. 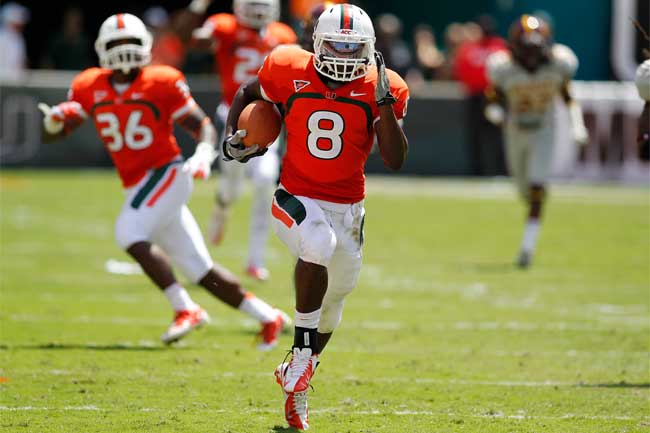 Miami running back Duke Johnson has been challenged lately with his 2.9 yards per carry (44 carries for 127 yards). But last week against Wake Forest, Johnson had a career-high 30 carries for 168 yards and two touchdowns. He was named ACC’s Offensive Back of the Week.

For the Seminoles, they have a three-year win streak for this rivalry game. With a Saturday win and a few stars aligning, they could clinch the ACC Atlantic division. Regardless, they should headed to the conference championship game this season.