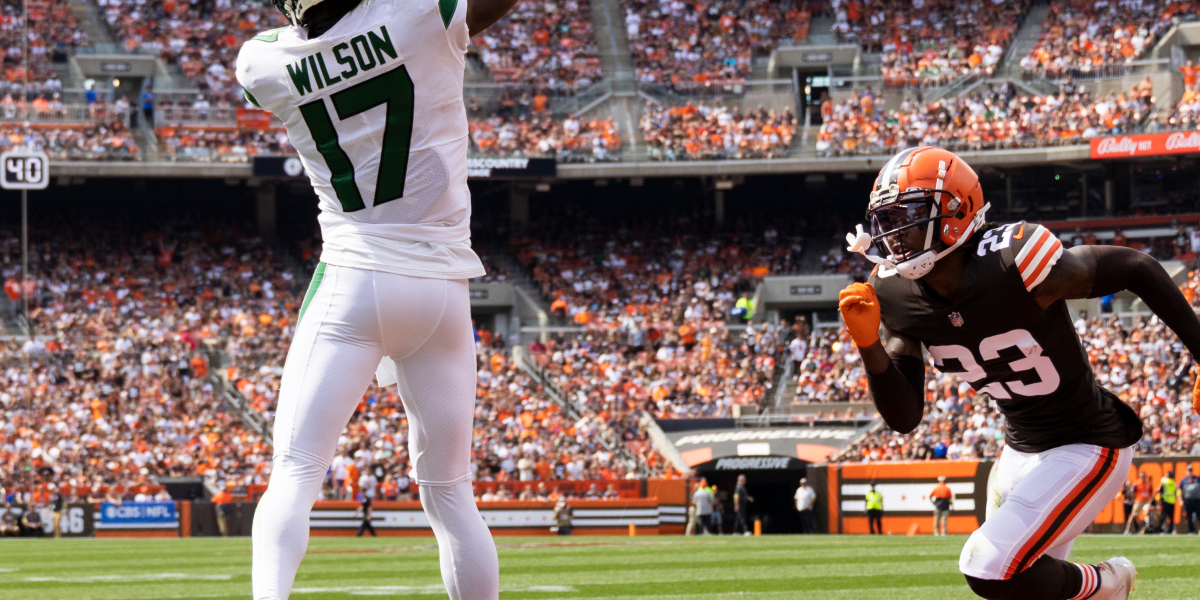 As breakout performances go, Garrett Wilson starring in an unlikely comeback against the Cleveland Browns is right up there.

The New York Jets rookie finished the game with eight catches, 102 yards and two touchdowns. Garrett Wilson was responsible for over a quarter of the Jets’ total offensive output against the Browns.

His most telling contribution was a 15-yard touchdown reception that sealed the win for New York.

“He has that Justin Jefferson vibe,” Jets cornerback D.J. Reed said, via The Athletic’s Zack Rosenblatt. “Dudes don’t want to cover him man to man.”

With the help of their 10th overall pick, the Jets improved to 1-1. It’s an almost instant return on their investment in Garrett Wilson.

“We were the only ones that thought we could do this,” Wilson said afterward, via the team’s official site. “Especially when we were down, 30-17. That is a great team we just beat. We pulled through, and I am just excited.”

“The air here is different, I said that all throughout the week,” Wilson said. “And I came in expecting to make some plays and I am just blessed. I am blessed. And I have my family here and I’m just so blessed. Excited.”