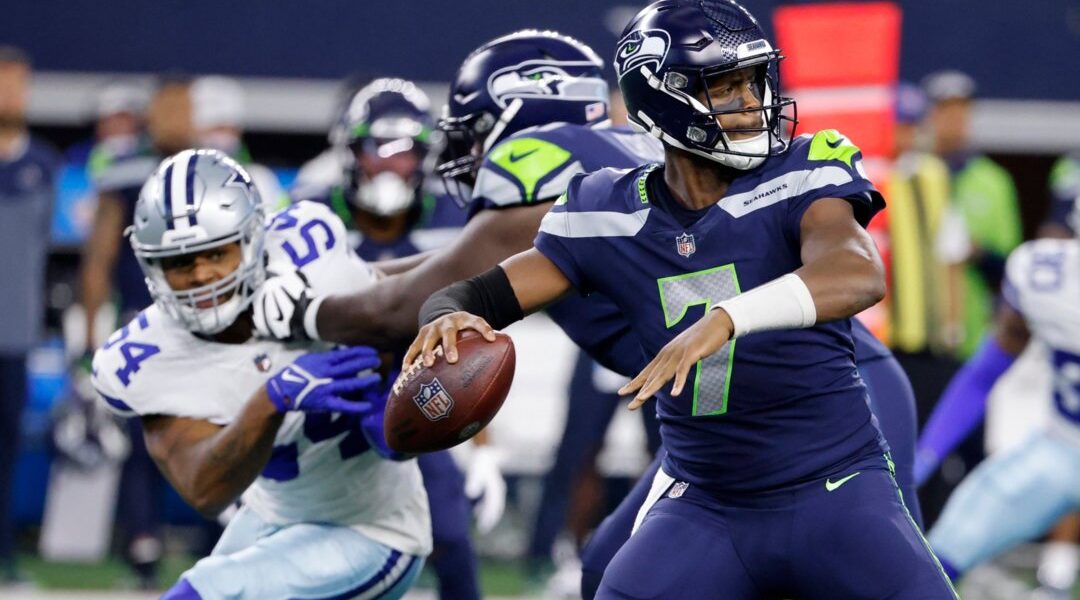 Quarterback Geno Smith says the Seattle Seahawks have to accept that their opponents are prepared to face them now.

His comments came in the wake of Sunday’s overtime loss to the Las Vegas Raiders, their second straight defeat.

The Seahawks played themselves into first position in the NFC West with a four game winning streak prior to Week 12.

Geno Smith was instrumental in that run and still leads the NFL with a 72.8 completion percentage. His 107.9 passer rating is behind only Tua Tagovailoa in 2022.

Nothing stays a secret for long in 2022, though, and their run as the exciting, unknown young team is over. They have a weakness, and that is what happens when they can’t make the turnovers their defense relies on.

When Geno Smith has an off game, as he did with an interception against the Raiders, things can disintegrate. Far from wallowing, Smith says he’s going to look at himself and that his teammates need to rise to the challenge.

“Reality is that we’re going from the hunter to the hunted,” Smith said.

Read: Bills Star Von Miller Will Deal With Knee Issue In The Offseason

“When I was in college, a coach told me about the difference between a finger pointer and a thumb pointer,” Smith said. “I’ve always vowed to be a thumb pointer. I’m going to look at myself hard in the mirror, watch this film, see where I can get better and help this team win games.”