Germany Crash Out of the World Cup 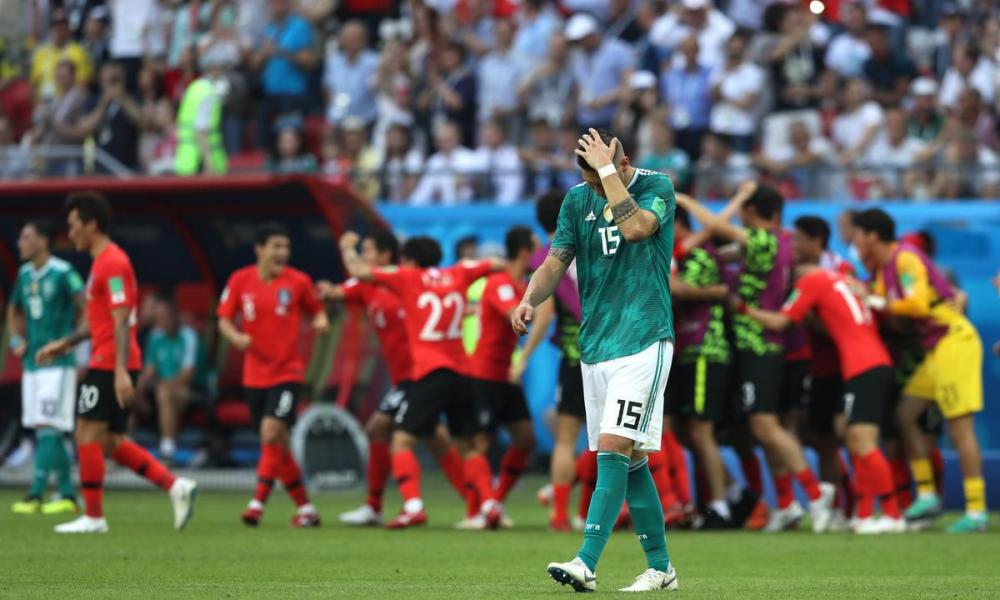 It took until the second-last day of the group stages, but we saw the first shock of the World Cup. Reigning champions Germany were eliminated after a 2 – 0 loss to South Korea and finished bottom of their group.

Based on their two previous performances, elimination looked likely for Germany. However, based on their pedigree, most people assumed they would get the job done against South Korea.

Following a 1 – 0 defeat to Mexico and a fortunate 2 – 1 win against Sweden, the pressure was on Germany. Although South Korea’s chances of qualification were slim, they didn’t lie down for the World Champions.

The game was a classic attack versus defense affair. Germany dominated possession and tried to break down the South Koreans who attacked on the counter.

Despite an heroic defensive display from South Korea, the Germans had plenty of chances to score. Mesut Özil, who has been criticized following the result, created seven goal scoring chances for his teammates.

Nobody has created more chances in a single game in the World Cup so far than the Arsenal playmaker. However, Germany just couldn’t take their chances. Better finishing from the likes of Brandt, Muller, Kroos, Gomez and Hummels would have made the game safe for Germany.

The deadlock was broken in injury time. A Son corner was deflected in the box and finished off by Kim Young-gwon, who was initially flagged for offside. After reviewing the video, the referee reversed this decision to the delight of South Korea and crushed the German players.

In the 96th minute, Korea doubled their lead with a goal that’s unlikely to be repeated in the World Cup. German keeper Manuel Neuer had ventured forward into the South Korea half in search of an equalizer.

When he lost possession near the halfway line, Ju played a long ball to Son, who was through on an open goal. He rolled the ball into the net to underline an emphatic and historic victory for South Korea.

This is the second time that Germany have crashed out of the group stages, having last done so in 1938. They are the fourth defending champions to be eliminated from the group stages in the last 5 tournaments (France 2002, Italy 2010, Spain 2014).