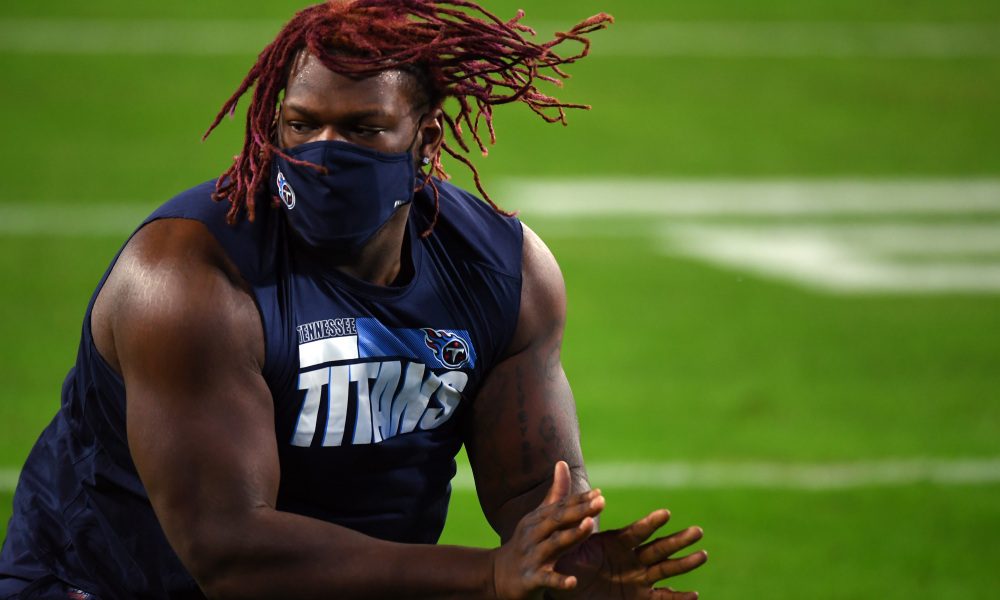 Tennessee Titans offensive tackle Isaiah Wilson was told to get his act together in public by general manager Jon Robinson.

“We put him on the reserve/non-football injury list and haven’t spoken to him since. He’s going to have to make a determination on whether he wants to do what it takes to play pro football. That will be on him,” Robinson said.

It appears Isaiah Wilson has made that determination, at least as far as the Tennessee Titans are concerned.

On Monday night, he Tweeted that he is ‘done with football as a Titan’ before deleting the tweet shortly afterwards.

Isaiah Wilson made more headlines off the field than on it during his rookie season. The 29th overall pick only played four snaps.

His disciplinary issues prompted the Titans to put him on the non-football injury list. As well as that, he was on the reserve/Covid-19 list twice during the season.

During training camp, Wilson received a trespass warning for an incident at an off-campus Tennessee State University house party. When police arrived, Wilson appeared to consider jumping off the second floor balcony.

Then in September, he lost control of his vehicle and struck a concrete wall. He was arrested and charged with a DUI.

Wilson’s agency could not be contacted for comment on Monday night. The player signed a 4-year, $11.6 million contract in August. The Titans will take a $5.4 million salary cap by releasing him.

Wilson will have trouble finding a new team now, as Robinson made his unprofessionalism clear.

“I know what the expectation level is here, and it’s no different than any other player on the football team. We have a certain standard that we want players to prepare and perform at professionally, and as people, and there’s a lot of work to be done there,” he said.