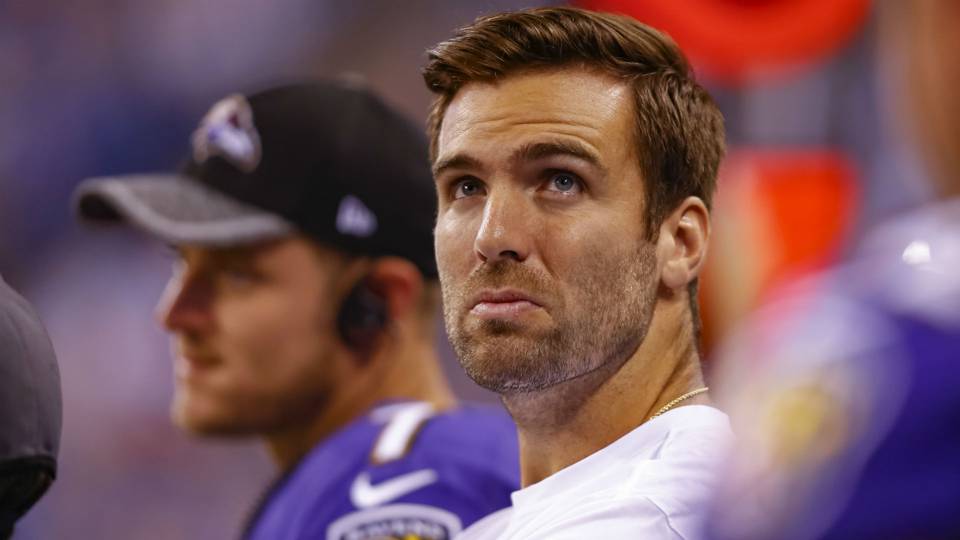 Joe Flacco spent eleven seasons in Baltimore, and helped the Ravens to a Super Bowl title.

The 37-year-old could be in contention due to the status of first-choice QB Zach Wilson, who is set to undergo surgery.

Head coach Robert Saleh says he trusts Joe Flacco to get the job done if he is needed to start the season.

“I’ve been in a bunch of games where guys have played their past teams. Usually the emotions are definitely crazy. Guys try to act like they’re so cool during the week,” Flacco said. “I’ve probably thought about it a tiny bit. It’s so far away. Who knows what’s going to happen?”

Flacco has barely featured for the Jets in his two spells with the franchise. He started four games for New York after joining them as a free agent in 2020. He was then brought back in a trade with the Eagles in 2021 and started one game.

Flacco has been on the losing side in all five of his Jets appearances but at this point in his career, he’s not there to lead the team to glory.

“I’m happy with my role. I love being here, being completely focused on whatever I’m doing right now,” he said. “After practice, I want to be able to say I had the best day that I’ve ever had. Right now that’s what I’m focused on. I’m happy with what I’m doing, helping out a young guy. I wouldn’t be doing this if I didn’t have the desire to be good at what I do and didn’t believe I could play this game.”

Zach Wlson sustained a non-contact injury during the Jets’ preseason opener against Philadelphia. His bone bruise and meniscus tear has a recovery timeline of 2-4 weeks.

He will undergo surgery on Tuesday in Los Angeles.