Kyler Murray fully expecting to be No. 1 overall pick 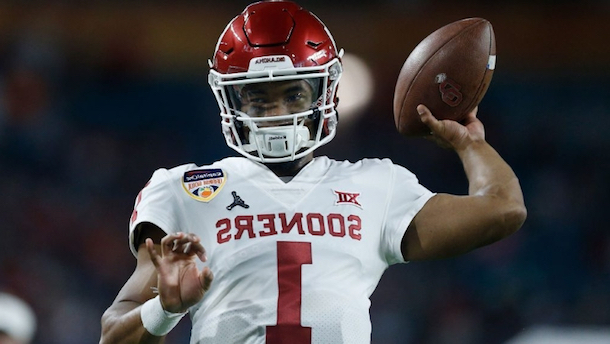 The destiny of Kyler Murray appears to be decided.

Rumor season around the NFL is about to end. Once the NFL Draft gets going later Thursday in Nashville, that will give in to concrete facts. Trades will be made. Players will find themselves drafted.

Until then, there’s still a lot to discuss. That obviously starts with the Arizona Cardinals selecting No. 1 overall in the draft.

Linked to reigning Heisman winner Kyler Murray more than any other prospect, recent suggestions are that Arizona hasn’t made up its decision.

According to Kyler Murray himself, that would be an absolute shock.

I'm told, based on what was just texted to me, that Oklahoma QB Kyler Murray "would be shocked if he didn't go #1," per source.
So we'll see….#Cardinals #NFLDraft #OnTheClock

It’s pretty obvious the general manager Steve Keim and the Cardinals are playing everything close to the vest right now. If they can land Murray in a trade-down scenario, the Cards would be jumping for joy.

But at this point, it seems everything is smoke. Murray has been linked to Arizona more than any other team and he wouldn’t be the only one who was shocked if they go another direction.