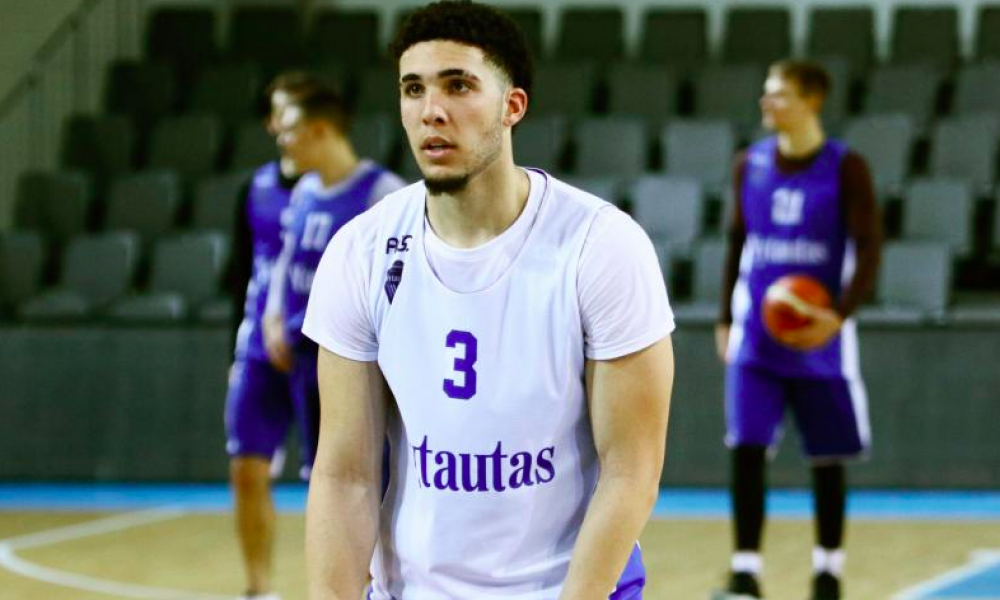 LiAngelo Ball is pushing hard to make an unlikely move to the NBA ahead of the start of next season.

LiAngelo Ball also has a workout scheduled with the Golden State Warriors on June 10. The 19 year old’s wish to play with his brother Lonzo is well documented. Speaking to ESPNLA Radio’s Marcellus and Travis Show last week, he again outlined this ambition.

In spite of the player’s ambition, doubts remain over the small forward’s ability to play in the NBA.

“If he gets drafted it will be as a publicity stunt only,” an unnamed scout told Sam Amico of AmicoHoops.net. “Not saying that’s a terrible reason if you have a second-rounder that you don’t plan to utilize. But he’s not an NBA player.”

Ball currently plays for Vytautas Prienu in the Lithuanian Basketball League with his younger brother, LaMelo Ball. Over the last few months, he averaged 12.9 points in 22 minutes for the Lithuanian team.

The chances of Ball joining an NBA team appear to be slim. This is outlined by the fact that he wasn’t invited to NBA Scouting Combine.

“He did OK over there,” the scout added on Ball’s Lithuanian spell. But there are better American players overseas who wouldn’t get drafted. I don’t see how he does unless a team wants some extra media attention for training camp.”