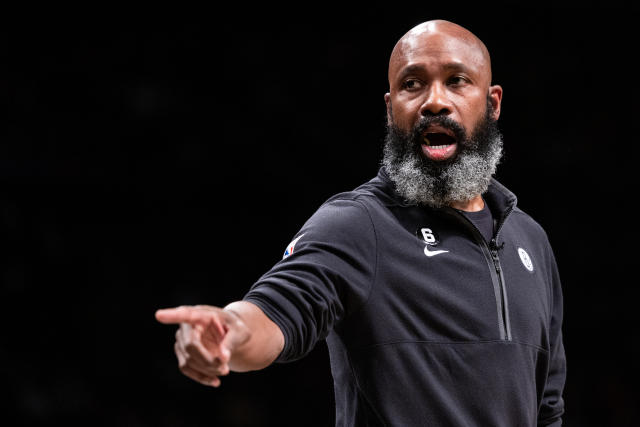 The last few weeks have been nothing short of a whirlwind of events for the Brooklyn Nets.

The Nets are finally taking a step toward stability after deciding to hire Jacque Vaughn as the next head coach.

“Jacque’s basketball acumen, competitiveness and intimate knowledge of our team and organization make him the clear-cut best person to lead our group moving forward,” Nets general manager Sean Marks said in a statement via ESPN. “He has a proven ability to get the best out of our players, hold them accountable and play a cohesive, team-first style of basketball.”

Read: Bills Could Be Without Superstar Josh Allen For Week 10

The decision comes less than two weeks after the team chose to part ways with Steve Nash. Under Vaughn as the interim head coach, the Nets held a 2-2 record.

The 47-year-old has previous experience in the position, spending two-plus seasons with the Orlando Magic, holding a 58-158 record.

Since the 2016-17 season, he’s remained on the Nets’ coaching staff, which includes serving as the head coach for 10 regular-season games in the 2019-20 campaign, where the team had a 7-3 record under him.

The transition to Vaughn should be smooth, given his familiarity with the roster and coaching staff. The Nets have struggled out the gate, holding a 4-7 mark through the first 11 games.