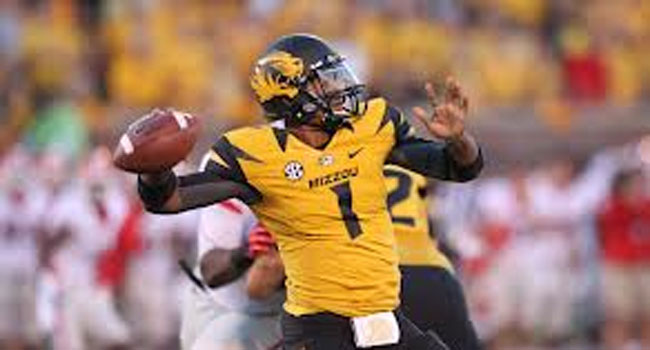 The SEC welcomed two new members in 2012 in the Missouri Tigers and Texas A&M Aggies. Who could have imagined that in year two their game would have such a huge impact on the SEC championship? The Aggies began their SEC play off and running in year one by beating the Alabama Crimson Tide in Tuscaloosa and winning the Cotton Bowl, not to mention taking home a little trophy called the Heisman with a freshman quarterback in superstar Johnny Manziel. He was the first freshman ever to win the coveted award.

Missouri did not have as much success in year one as they finished 2-6 in the SEC and 5-7 overall. But in year two they have certainly made amends. The Tigers come into tomorrow’s game at 10-1 overall and 6-1 in SEC play. The beat traditional southern powerhouses such as Tennessee, Florida and Georgia and nearly knocked off South Carolina as well. Now all that stands in the way of them playing for the SEC Championship in Atlanta next week is former Big 12 foe, A&M.

If Missouri wins, they will play the winner of the big Iron Bowl winner between Alabama and Auburn for the SEC title next week. If A&M wins, then the Gamecocks will play the Bama-Auburn winner. There is a very good chance the winner goes on to play for the BCS National Championship.

Top Bet has the odds on this and other SEC games:

Alabama at Auburn– Alabama is -10.5 -110 and Auburn is +10.5 -110 ATS. Moneyline is Alabama -420 and Auburn +330. O/U is 55. This line has us very tempted to put money on Auburn +330. This game is such a huge rivalry that we think Auburn has a real shot here. We really like them +10.5. We also like the over -110. This is Auburn’s first real chance to avenge the Toomer’s Corner Oaks. Plus they have no pressure since nobody thinks they can win. This makes them extremely dangerous.